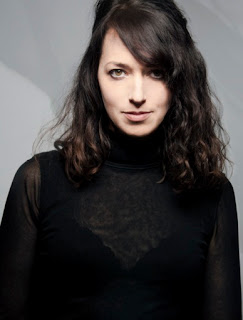 "I am heavily biased towards Irish artists, athletes, authors...I'll defend Enya and Martin O'Neill like they're family members!"

The G-Man chats with the multi-talented Rachel Zeffira ahead of her upcoming Irish dates...

Canadian composer, opera singer and now indie starlet, Rachel Zeffira has been busy since she was accidentally deported a few years back. The moronic mistake by English customs may have caused heartbreak at the time (Zeffira was in London to sing soprano at a classical concert that would have secured a sponsor for her further education. Another singer had to take her place), but consequentially opened a door down a road she never dreamed of travelling. Blessed with a perpetual resourcefulness, the deportee found her way back to the UK, eventually striking up a bond with Horrors frontman Faris Badwan, resulting in the odd but illuminating retro-surreal combination that would turn out to be Cat's Eyes. The drastic change in musical direction would eventually lead to the writing and recording of The Deserters, Rachel Zeffira's fully fledged début solo record, featuring a supernatural version of My Bloody Valentine's 'To Here Knows When'. I caught up with the talented one ahead of her impending visit.


The G-Man: Where in the world are you?
Rachel Zeffira: I'm in London getting ready for my UK tour.

Happy with life at the minute?
Yes

From Canada to England to Italy and beyond, you are no stranger to uprooting. Where do you think this willingness to travel, or maybe I should say fearlessness of moving on to pastures new, comes from?
Thanks for trying to make it sound like a nice quality instead of a personality defect! Most of my decisions are made without thinking of the consequences and are completely lacking in any common sense, or logic. Because of that, I've made many mistakes. When I moved to Italy I just bought a train ticket without thinking of where I'd need to sleep once I arrived. It's not a great way of doing things and I hope that phase of my life is over now!

In what ways does this constant flux of environment influence your music?
People and places definitely influence my music a lot.

The little deportation incident is mentioned in pretty much every interview you have ever done. What kind of road would you think your life would have went down if you had made it to that solo concert?
I used to wonder about that quite a lot. During my first year in London, I mostly wondered about all the friends I would have met. At the time, that was probably what bothered me the most about losing my college place, because I didn't know anyone and I was a bit lonely. Years later, I began to realize that I've never really been cut out for school and I probably wouldn't have thrived in that environment anyway. Now, I'm glad things happened the way they did.

Do you believe in fate? Either way, can you recount a situation where you really felt the planets were aligning or someone was pulling strings to make something happen for you?
Yes I can. Just today someone ruthlessly cut in front of me in the supermarket queue. I decided to switch to a different queue. As I approached the till, I noticed the person in front of the queue-jumper had to return to the aisles in search of a missing item. I beat that guy out of the supermarket by a good 10 minutes.

At what point did you realise you were going to record a full album?
I started writing and recording solo songs for fun and once I had about 7 songs I realized I may as well record them properly

Besides playing the majority of instruments on the record, you also took on the role of producer. Recording your first solo album is pressure enough. Why did you decide to take on this extra responsibility?
I really wanted to do everything on my own, and the album to be made entirely and honestly by me.

Classical musicians don’t usually have to worry too much about lyrics. How do you approach writing words for your songs?
Lyrics are what I end up spending the most time on. I rewrite them over and over again, weeding out words that I don't like or taking out anything that I doubt, or that gives too much away. For me, lyrics are the most time-consuming part of songwriting.

What lyricists inspire you?
There are a lot of lyricists who I admire because I'm now fully aware of how difficult it is. The Beatles are the first to come to mind - I'll never stop being in awe of the sheer quantity of good lyrics and hooks they wrote. More recently I've discovered a singer-songwriter called Sibylle Baier who uses a straightforward, conversational tone but still manages to leave some mystery and to create her own world.

I could have this completely wrong now but is it true you are part Irish?
Yes, my mum is 100% Irish and proud of it. I'm 50% Irish and 50% Italian (my dad was born in Northern Italy). My mum is from county Mayo but I also have a lot of family in Cork. I am seriously excited about coming to Cork - it will be my first time and some of my relatives are coming to hear me. My favourite aunt is from Cork and although she's lived in London for ages, she still has a very strong Cork accent which I love.

In what particular situations does your Irishness reveal itself?
I'm superstitious, I tend to exaggerate in my storytelling, and the only tea I drink is Barry's tea. I am also heavily biased towards Irish artists, athletes, authors...I'll defend Enya and Martin O'Neill like they're family members.

What records were lying around the house when you were growing up?
A range of things: my parents listened to classical music when I was growing up, but also lots of other things like Leonard Cohen, Nina Simone, The Doors, and folk music like Christy Moore and Buffy St. Marie.

Describe one thing you have managed to do in your life that you never imagined you would?
I never for one second imagined I'd be in a band...I had lots of delusional thoughts while I was growing up, but none of them included being in a band.

For a chance to win tickets to the Half Moon click here.

For more on Rachel Zeffira visit:

- Rachel Zeffira will play Half Moon, Cork on 15th April
- Tickets are €15 and available here