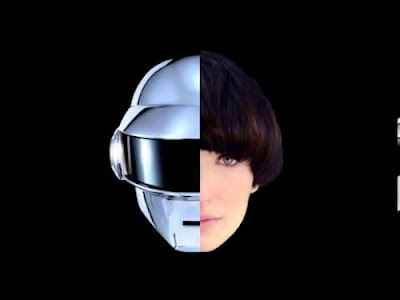 Will they? They have to surely. Don't they?

With all the hype and potential shown and blustered about in 2012, it's no shocker that 2013 is turning out to be Daughter's year. What does come of a bit of a surprise though is the song that has accelerated the band's rapid ascent in recent weeks. At the end of April, as guests on Huw Stephens' BBC Radio One Live Lounge, Elena, Igor and Remi performed a stirring rendition of chart-topping cyborgs Daft Punk's comeback single 'Get Lucky' which has seen the Youtube ticker rapidly surpass the 1,000,000 views mark. Composed in collaboration with Nile Rodgers and his glorious hit-making stratocaster, the song is already the hit of the Summer and surely must make an appearance in Daughter's set Sunday week (as it has in recent setlists). If the sun is shining and the French dancefloor duo are unable to make a Kilmainham appearance, then why the hell not! If the sun is a twinkling high in the sky such a cover could turn out to be the highlight of the festival. And who plays the main stage later that night? None other than Nile Rodgers' Chic. Just saying....


For more on Daughter visit: