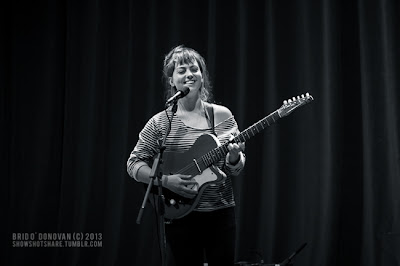 "Is it Cork, or Cark..?"
Having previously visited the building as part of Bonnie "Prince" Billy's touring band, Angel Olsen announced herself to Ireland's most southern city with a stirring performance in the Half Moon Theatre on Friday past.

For more on Angel Olsen visit: