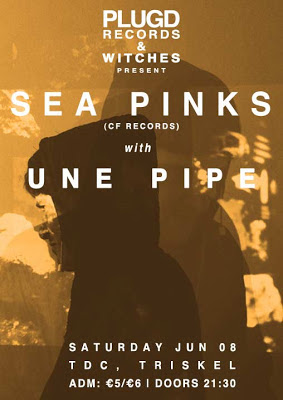 Neil Brogan's sun-drenched retro-rock project Sea Pinks makes its Triskel bow on Saturday evening with an appearance in the TDC. Brogan - who also happens to double as (drum)stick-slinger for lauded Belfast quartet Girls Names - and the surf-pop Sea Pinks sound could not have better timing with tracks from long players Dead Seas and the swell-seeking Freak Waves perfectly crafted to soundtrack the current Irish heatwave. Special guests Une Pipe - last seen live tearing up The Pavilion Bar as part of a G-Man Presents... showcase with a new EP on the way - are on opening duty.


Also going down around town this week:
FREE GIG OF THE WEEK
Thursday: Superblondes downstairs in The Pavilion (Bar). Upbeat pop-rock to knock your socks off.

Friday, 7th June
- Rumble on Barrack Street #5: The Revellions and The Faux in Bradley's of Barrack Street
- Cork Rocks for Rory in Cyprus Avenue
- Immortal Technique, Sammy Dozens and Spekulativ Fiction in The Pavilion
- The Shed in The Roundy
- The Altered Hours in De Barra's (Clonakilty)