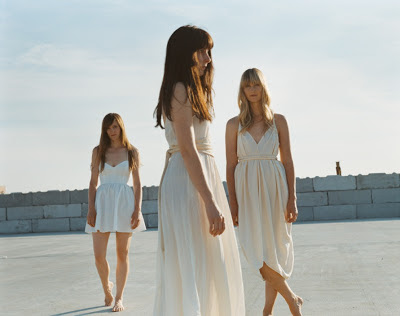 Move in Spectrums is the title of Au Revoir Simone's first studio release since Still Night, Still Light all the way back in 2009. Productively filling the inbetween years with solo outings (Erika Spring), side-projects (Uninhabitable Mansions) and further education (Heather acquiring an environmental biology degree at Columbia University) Heather, Erika and Annie have followed the breadcrumbs back to the Au Revoir Simone pathway in order to release the new record courtesy of London indie Moshi Moshi. There are no links to new music as of yet but we do have the artwork and tracklisting. 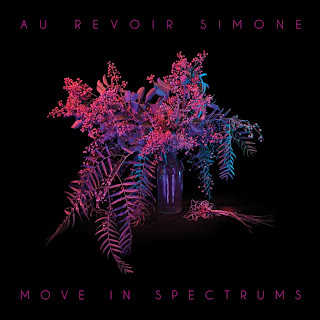 01. More Than
02. The Lead is Galloping
03. Crazy
04. We Both Know
05. Just Like A Tree
06. Somebody Who
07. Gravitron
08. Boiling Point
09. Love You Don’t Know Me
10. Hand Over Hand
11. Let the Night Win
Details of a corresponding European tour have been revealed beginning in Helsinki on 13th September before finishing in Lisbon nearly a month later on 5th October. There is no Irish date but a U.K. show has been confirmed for London's XOYO on the 17th September.