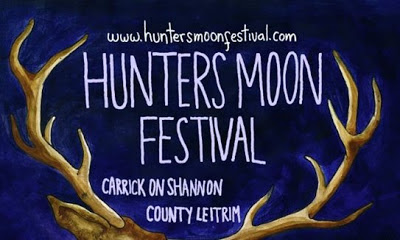 The Hunters ready their (e-)bows...

Carrick-on-Shannon's annual celebration of all that is strange and unusual will again take place across three days in October. The Hunters Moon gathering will continue to feature film, art, live music and interactive workshops rejoicing in the not-so-ordinary. Confirmed for musical duties so far include Manhattan multi-instrumentalist Rhys Chatham, Hamburg "harsh noise"-maker Java Delle and Errigal electo-goth School Tour. Sounds planned for county Leitrim that have particularly piqued my interest come in the psych-drone shape of Vienna's Bird People. Use the player below to stream Offerings, a split 7-track with Leveret released at Christmas courtesy of Feathered Coyote Records, an indie label that prides itself on being "a portal for cosmic acoustic emanations". What a cool tag-line! Early bird tickets are currently on sale at €45 a pop.


For more on Hunters Moon visit: