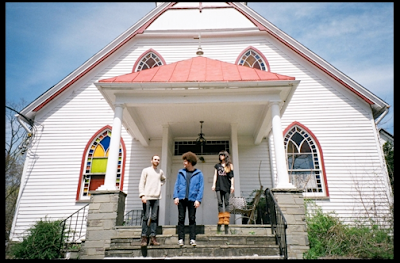 It looked like the end for grungy rock quartet Yuck when they announced via Facebook in April that original lead singer Daniel Blumberg would be leaving the band to concentrate on solo interests. Yet, the appropriately titled 'Rebirth' shows there is life indeed for the newly pruned-down trio post-Blumberg with Max Bloom stepping up to the mic. Less lofi lovin' (i.e. less Pavement-y) and more shoegaze-swaddled than what made 2011's Yuck tick but not without its charms, the track lays a positive path to the new record which arrives courtesy of Fat Possum. Watch the official video (sorta) below.

For more on Yuck visit: