What's he building in there: little xs for eyes #2 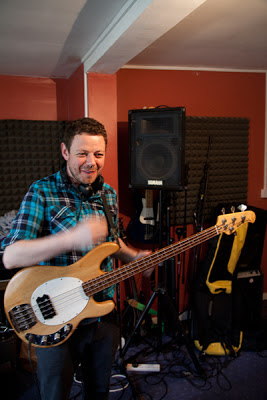 From mercurial Belgium legends to be-permed eighties starlets, little xs for eyes' rhythm rogue Harry Bookless discusses the myriad of diverse influences that combine to create the little xs' sound in the second post of an ongoing series. For those who missed post numero uno click here for a catch-up. Here's Harry with the inside scoop:

Being in a band with six people who have different tastes in music means that we have quite an eclectic range of influences bouncing around in our heads while we make this album. While I've been recording everybody's parts, I've learnt a lot more about what each person brings to the band. So I've searched YouTube and recreated the band in the form of songs that I think represent us.