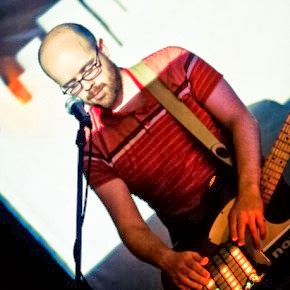 Return of the wave runner...

Cork-based producer Ronan McCann aka Carred By Waves is back with his first new release since 2012's digital diamond Softly Held Together. 'The Sea Between' can be downloaded for absolutely FREE from either bandcamp or the soundcloud player below and is out just in time (a coinky-dink me thinks!) for the Dundalk-born musician(who has been busy elsewhere in recent times, producing Cork-based chanteuse Foxglove's latest single 'Promise of Heaven' which can be streamed here)'s appearance at this weekend's Hard Working Class Heroes showcase in Dublin. Previously taking on all musical responsibilities, the next stage in Carried By Waves' evolutionary journey will see McCann joined by other players with live drums promised which will add a bit more grit to the absorbing electronic sounds heard on record to date. Those prowling about the capital tonight should definitely try and get themselves to Middle Abbey Street this evening for 8pm.

For now, listen to 'The Sea Between' using the player below.

For more on Carried By Waves visit: