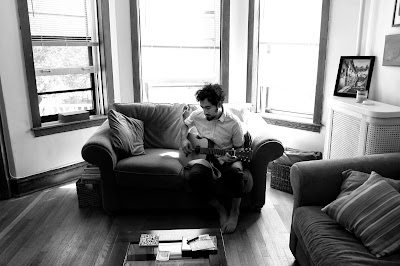 From Vashti Bunyan to Fred, We/Or/Me spills the beans on his latest record...

Following in the recent pop-socked footsteps of Dott and Crayonsmith, Irish-born Chicagoan Bahhaj Taherzadeh - better known as We/Or/Me - takes time out ahead of his upcoming Irish tour to walk us track-by-track through his latest release, The Walking Hour. 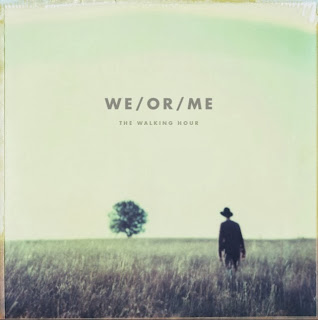 Bahhaj: More of a statement of intent than a song. A kind of introduction to an album full of songs about facing mortality in as hopeful a way as is possible.

Partially inspired by the film of the same name, which stars Will Oldham. This song is based on the idea that our joys and sorrows come from the same place. That if something or someone goes out of your life, the sorrow you feel really comes from the joy that they once gave you, and that if the two things come from the same source that maybe the sorrow can find its way back to the light. So, an upbeat song about grief. At least, that was the intention.

A song about life events that shake up your life so much that you can hardly remember what your life was before they happened. This one features Helena Costas, who makes music under the name Joker's Daughter. She made a great record with the producer Danger Mouse a few years ago, and she is well worth checking out.

A road trip. A long look back at where you live as it recedes into the distance.

A song about walking around in the evening time, thinking about people who are far away.

A song about my father.

A song written in about three minutes, sent to Vashti Bunyan on a whim. One that became a portal to another time and place because of Vashti's contribution. Probably the only song of my own that I would be inclined to sit and listen to myself.

A song about staying up too late listening to Vashti Bunyan, Bert Jansch, the Incredible String Band...

Anis Mojgani is a deservedly revered poet. A real character and a very gracious collaborator. The words and voice are his.

Sort of a conclusion. The "letting go" mentioned in the first song is confronted and a step into the unknown is taken. This one features some arrangements from Jamie Hanrahan of Fred.

For more on We/Or/Me visit: