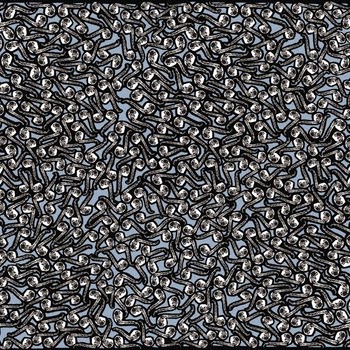 After two decadent weeks back home on the south-east coast, the return to work today was a sobering experience to say the least. However not all (of my soul) was lost with some very good news being received in the form of Serge de Plaisir, the first official output from Cork quartet Une Pipe, which after two years in gestation is finally here. Comprised of Brendan Riordan (Elastic Sleep), Colm Foley, Daniel O' Connell and Michael Creed, the (mostly) instrumental post-rock foursome featured at an early 2013 The G-Man Presents... night and I've been a-itchin' to get my hands and ears on something from the Leeside group ever since. 90's swoon-and-swirl slalom 'DIarmait is the Sphinx ' is a personal highlight. Stream the EP in full using the player below.

"Une Pipe is a four-piece art-rock(y-type) band. The band's début offering Serge de Plaisir marks the culmination of almost two years of patience and endeavour and is available to stream for free from Soundcloud and Bandcamp (see links below).

In its unrelenting pretension and unapologetic aggression, Serge de Plaisir psycho-sexually challenges pervasive conceptions of Surrealo-ontology, Post-structural hagiography and shakes to the very core what we mean by the phrase 'the Afro-epistemological Paradigm'. Though on one hand the band can be said to exist in a Jamesonian post-modern reality where place and position are obsolete, on another, more accurate hand, they are based in Cork.

Anyway, to celebrate the release of the EP, Une Pipe will play a free gig downstairs in the Pavilion, Cork on Thursday, 16th of January."

The release of Serge de Plaisir is also accompanied by an official video for opening track 'Intro (Noise is sort of political; it's kind of like a message of alienation)'. Take a gander below.

For more on Une Pipe visit: