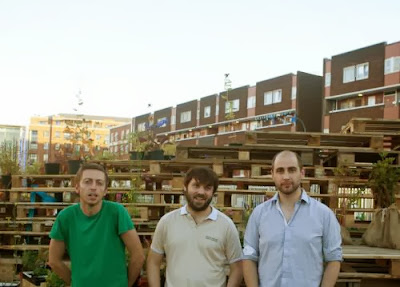 Like the elusive number 8 bus, you are left waiting ages for one gig announcement and then two come along at once. Following on from yesterday's confirmation that House of Cosy Cushions will play The Roundy on 29th March comes the news that Crayonsmith will be the main attraction at an even earlier G-Man Presents... show.

Having released one of the albums of the year in Milk Teeth in 2013, Friday 21st February will provide the perfect opportunity to catch the Out On A Limb trio within the intimate setting of Coughlan's of Cork, the first G-Man Presents... gig to be held in the wonderful Douglas Street venue.

For more on Crayonsmith visit: