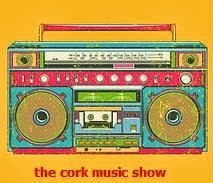 When The Cork Music Show got called into the office of Cork City Community Radio's big boss man on Sunday last we thought we were out on our ear but no, it seems we had tricked the station's captain into navigating the ship even deeper into Leeside waters as we learned we had been bumped up to a two hour slot now running every Sunday from 3pm-5pm on 100.5FM or corkradio.com. This week's show featured an interview with FIFA Records (Frank & Walters, The Hard Ground, Elastic Sleep)' Eddie Kiely who chose this top 3 favourite Cork bands, new music from Anna Mitchell, The Vincent(s), Former Monarchs Nicole Maguire and a competition to catch O Emperor in Cork Opera House on Friday 7th March.

Stream the show in full for a limited time period using the player below.


The Cork Music Show, 2nd March 2014 by Cork City Community Radio on Mixcloud
The majority of the music heard on The Cork Music Show is available to purchase from Plugd Records on the 1st Floor of Triskel Arts Centre, Tobin Street, Cork
News of note:

For more on The Cork Music Show visit:


Mixcloud -- Facebook -- Twitter
- Tune in to The Cork Music Show 3-5pm every Sunday on Cork City Community Radio (100.5FM) for an hour only of Cork-only rekkerds.
- If you know of some great Cork bands drop us a line at corkmusicshow@gmail.com