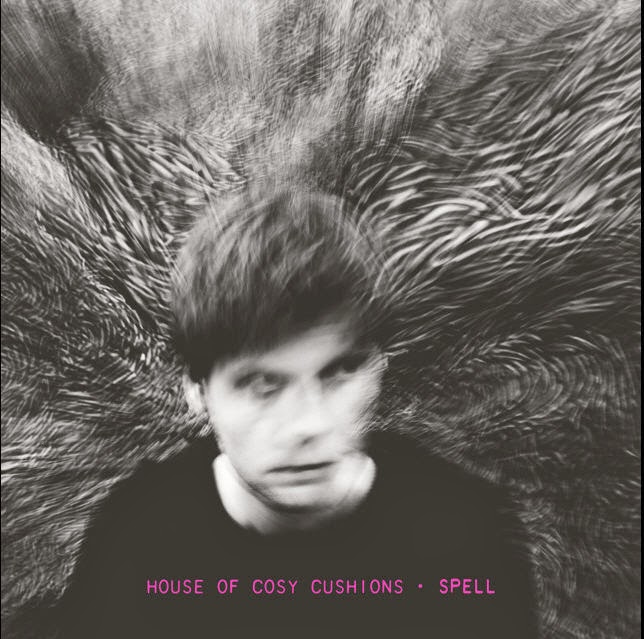 First chance to be bewitched by Spell...

With an Irish tour upon us quicker than an utterance of the magic words "hey presto" or "abracadabra", House of Cosy Cushions officially unveil new release, Spell. Available in physical form from Plugd Records and other local independents, Spell can be heard in all its majestic beauty using the player below.


Richard Bolhuis on the new album Spell by his collective House of Cosy Cushions.

01. Mountain
For most of the recordings on the album Spell I tried to go into the studio completely blank. Although I had a lot of finished songs, I was eager to discover the evolvement of an album that was primarily improvised. I realised how hard it is to resist the temptation to work on every track before recording.
The day of recording Mountain I listened to the viola loops that Saskia Meijs sent me. She gave me the freedom to do whatever I wanted with those loops. I played the analogue synth. I remember I visualised sound as if I woke up in a dream.

02. Ancient Rhyme
Music is always there. I never feel I have to work to create music. I can make music any time, with or without instruments. Physically, in my head, with friends... But lyrics are tricky. They can destroy a song. Whenever I write I can only hope my judging brain is out cold as my soul is singing ink on paper. Every now and then I go through my notebooks with lyrics and find a song that was already written for me. The lyrics to Ancient Rhyme consist of two older songs I wrote; Sister and Mother Mary. Often I need to transform several songs into the one song that comes from a place where I belong.

03. Black Bat Dance
When I play music with Stephen Kiernan (drums), Dominique Brackeva (trombone) and Saskia Meijs (viola), I want them to feel free. Only then I will hear Stephen's drums pounding in the wilderness, Dominique's trombone a euphoric funeral march in the spring sun, Saskia's viola swaying to the beat of black bats flapping their wings. Before my dear son Wolf was born, I was moved to tears the first time I heard his heart beating. I recorded Wolf's heartbeat and told myself to use it for a track on the new album Spell. It was to be the beginning of the track Black Bat Dance. I spend a lot of time with Wolf. He is fifteen months old and a brilliant piano player. Whenever he sits on my lap behind the piano in our living-room, he hits the keys and a manic smile lights up his face. That's music to me.

04. Girl With The Insect Dress
Once in a while a song comes to me and I keep playing and singing it over and over again. There is a mystery to it that I can't comprehend. I've never really enjoyed doing things I understand. Life is a mystery and it's my desire to heart this mystery.

05. Charlotte Salomon
If ever there was a book that made a lasting impression on me it was Charlotte Salomon's Leben? oder Theater? Working on this autobiographical book, consisting of 769 paintings, kept Charlotte Salomon from going insane. She was a Jewish woman transported to Auschwitz in 1943. This is a little prayer for the brave and wonderful Charlotte Salomon. 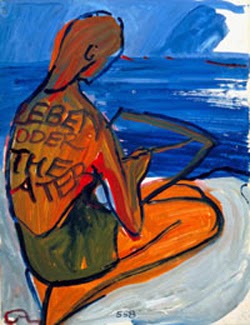 06. Into The Woods
I think it's impossible to translate a drawing into a piece of music. But I spent a day in the studio recording a track with Iris van Dongen's bewitching drawing Into the Woods in my mind.


07. Chant
I love the way songs come to me sometimes. It's like meeting a stranger and having this feeling that the meeting was inevitable. Although you might never see each other again, there is a charmed force that seems to last.

08. The Mad Sisters
This song always brings me back to Dublin. The harmonium on this recording has travelled from Amsterdam to Dublin to my current hometown Groningen. A lot of people in Holland get rid of their harmoniums as they associate the instrument with the gloomy days they were forced to go to church. Often there was someone playing hymns on a harmonium. I associate the harmonium with Nico. I was drawn to the melancholic sound of the instrument after listening to her entrancing albums The Marble Index and Desert Shore. Only on rare occasions do I get to play a harmonium or piano during gigs. I can't stand digital piano's. They make me feel like I'm in the wrong toyshop. It's impossible to recreate the wooden sound of a piano or a harmonium. I am playing a Dutch venue called Vanslag this tour. It's a church where I get to play the grand organ. Me and my girlfriend visited Wales a few times and we entered every little church on our way. Inside most of the churches there was a harmonium I could not resist to play.

09. Kerkje Te Oostum
Kerkje te Oostum was the first track I recorded for Spell. It means 'church' in Oostum. Oostum is a small place in the North of Holland, near the city Groningen. The Groninger Museum asked me to compose a piece of music for a painting by Jan Altink. I selected the painting Kerkje te Oostum. Soon after I cycled to the church. I was mesmerised by the beautiful old church and the tranquil flatlands surrounding it. I forgot about the painting and composed a track with my bicycle ride towards the church in my mind. Saskia Meijs recorded viola loops that blew me away. She hadn't seen the painting or the church itself. I told her it didn't matter and I'm glad I did.