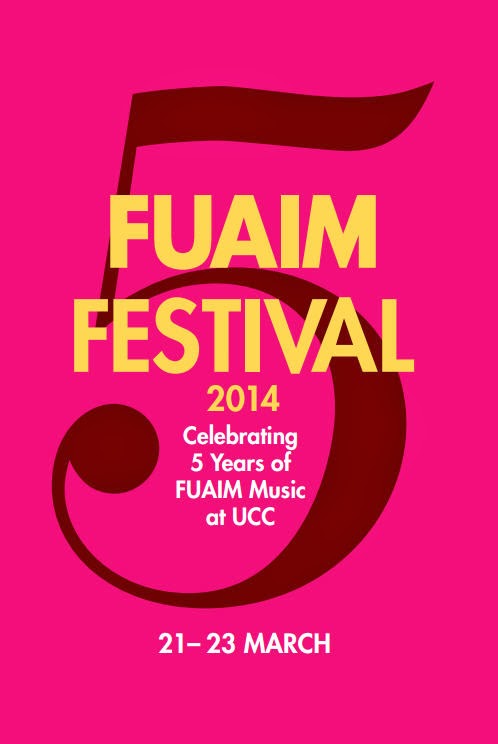 This week in Cork: The Crayon Set, The Cyclist, Crash Ensemble, a 5 year celebration and more..

Groggy and more than a little fragile. It's ok to admit such frailties following such a long weekend with the following five days a little more subdued in terms of sheer volume of gigs down south. Also note that from next week on the weekly gig guide will run from Tuesday-Monday allowing venues, bands, promoters etc. that extra day to share details of upcoming shows (and maybe even grant time for me to unscramble my muddled Monday mind).

In the same venue earlier in the week, minimalist maestros Crash Ensemble play Cork Opera House as part of the latest show in a series of Cork Orchestral Society-arranged shows. New works from Irish composers Niall Vallely and David Flynn are set to be premiered on the night which, it's best I add is a Thursday.

Those more in the mood for beats then best be off to the Triskel TDC for techno tape-throb The Cyclist who visits from Merseyside on Saturday evening.

Sunday is a tough ask for most when it comes to midnight gigs but night-owls alert, two bands recently featured on the blog The Crayon Set and Carriages, combine for a late night showing in The Crane Lane Theatre on Sunday so try your best to make that one if the eyelids are still somewhat raised.
UPDATE: TO BE RESCHEDULED for a later date.


Also going down around town this week:
For a day-by-day breakdown of gigs taking place in both Cork city and county over the next seven days see below.


If I have forgotten a show or listed a gig incorrectly feel free to let me know! Please make sure to confirm gig details with the official site in advance.
Upcoming G-Man Presents shows:
29th March - House of Cosy Cushions & Twin Lights in The Roundy
For details click here