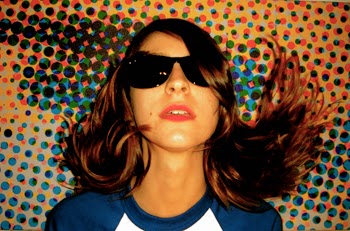 Colleen Green first booped on my radar when the sonic delights of Sock It To Me filled up my earholes back in March 2013. No fleeting moment in time, the Hardly Art artist made such an impression that she was back again at Christmas to claim 11th spot on the Top 50 albums of the year list. Ahead of Record Store Day 2014, the New Englander was only too happy to chat about beloved vinyl haunts, records and more.

The G-Man: What is your favourite record store, where is it located and why does it hold a special place in your heart?
My favorite record store is Record Surplus in Los Angeles, because I can walk there and it's a good walk, too, and they have so much good stuff I always end up spending more money than I intend to. They sell stereo parts and fix stuff too and are very knowledgeable and nice.

Describe your last last record store shopping trip.
I went to Record Surplus with my friend Kelly as I was looking for a new needle for my turntable. They did not have the kind I needed but instructed me to go see this guy a few doors down who might have what I was looking for. I browsed and got the following albums on cassette tape: Jim Carroll Band - Catholic Boy, Pee-Wee's Big Adventure and "Back to School" Original Motion Picture Scores by Danny Elfman, and Dramarama - Live at The China Club; the following records: ABC - The Lexicon of Love, Boston - s/t, and The Beach Boys - Sunflower; and the following films on DVD: Anger Management, That's My Boy, and SNL: The Best of Adam Sandler. After our shopping spree my friend Kelly and I did visit the man a few doors down and he talked to us about getting high and how it's also cool not to get high and he did not have the kind of needle I needed.

Do you visit record stores when on tour?
I do visit record stores on tour! Usually, though, it's because someone I'm on tour with wants to go to one OR because I happen to be playing inside of one. Jackpot Records in Portland OR is a nice store, as well as Good Records in Dallas TX, Willimantic Records in Willimantic CT, End of an Ear in Austin TX, Black Plastic in Cincinnati OH, and of course Permanent Records in Chicago IL...all of these stores have wonderful people working at them and support underground music. Probably the coolest store I ever visited on tour was That's Entertainment in Worcester, MA. I went there with White Fang and The Memories and Sam Gas Can, and my friend Rikky bought me a Sublime pin. This isn't necessarily a tour destination for me but as we all know BURGER RECORDS is the best, most welcoming and fun record store in the world.

It's difficult to believe that legendary album covers would be so iconic if they appeared only on a cd or online. What is your favourite album cover/sleeve and why do you love it so much?
One of the best covers in my personal collection belongs to The Archies album: Everything's Archie. I love the colors, the composition, the fresh-faced youngsters dancing politely. It is the perfect snapshot to illustrate not only this album but an era as well. 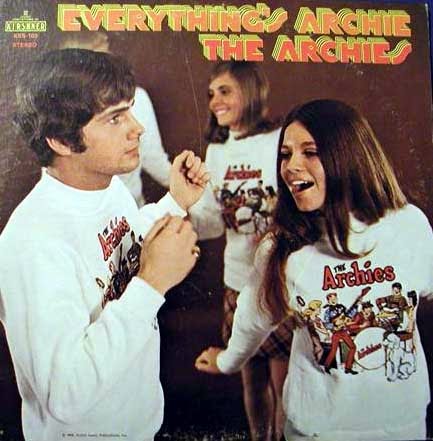 What do you make of Wu Tang Clan's plan to release only a single copy of their new double album.
I feel neutral on the subject. I heard they have another new album though too that will see a wider release. I think they're crazy, which I use as a high compliment, but it doesn't really make a difference to me one way or the other.

Where will you be on record store day 2014?
I will be in San Diego playing a show with WL and Lube and hanging tuff with Art Fag homies!

This will be the seventh annual record store day. Any fond memories from previous Record Store Days that you would like to share?
I remember Record Store Day 2012 because I was up in Seattle to record [2013 released record] Sock it to Me. I had just arrived. Tacocat was playing at a record store and I went to see them with Ruben and Lacey. Derek Erdman was there. I bought Gallagher - You People Ain't Thinkin' About This Stuff, Adventures in Agapeland, and Six Presidents Speak: A Profile Of The Presidency; Insights On The Presidency...From The Presidents Themselves. After the show, Ruben and Lacey and I went to Yogurtland.

Some of the major labels have jumped on the bandwagon, using record store day as a chance to sell limited edition copies of records merely as a way to make an extra buck.
I still maintain the general idea of officially celebrating our local record shops is at its core a good thing. What do you think? I say fuck major labels and fuck rich assholes.


For more on Colleen Green visit: