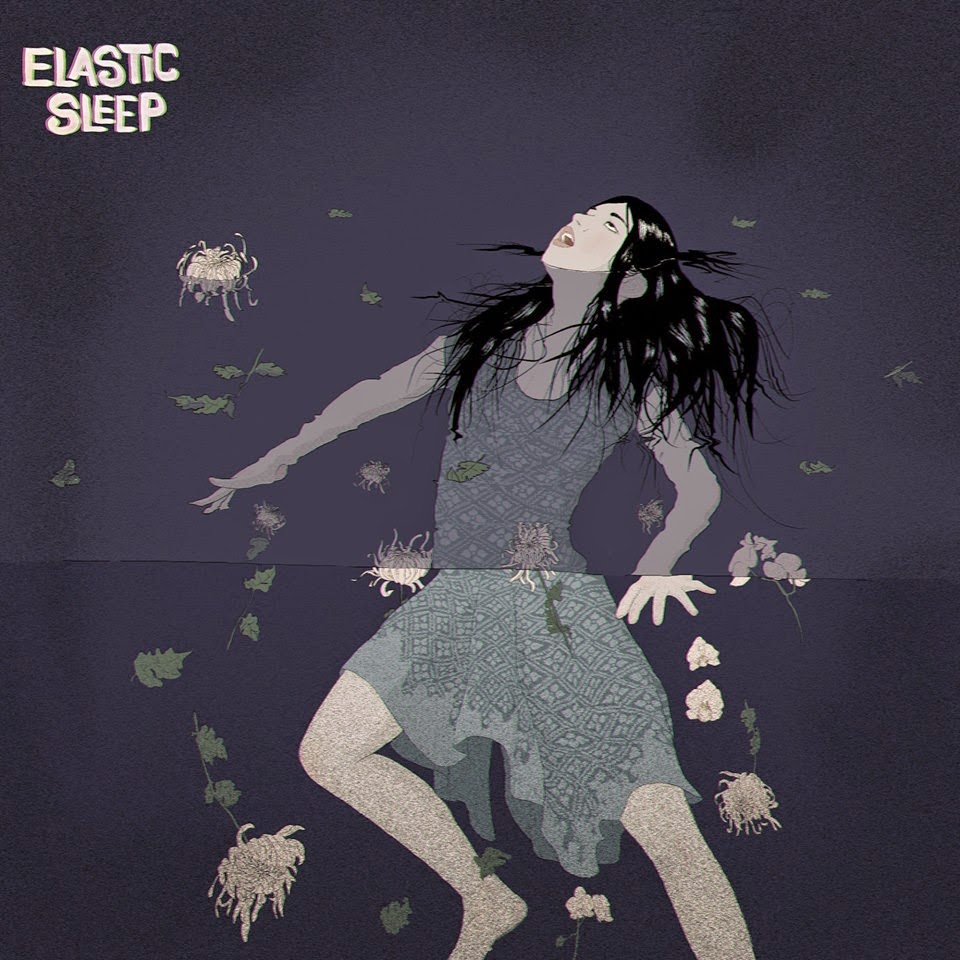 "I believe my obsession with fuzzy guitars may have started with Ray in Music Zone."

With the eagerly anticipated début EP Leave You within our grasps in just a few short weeks, Cork-based (or bound) Elastic Sleep fans will not only get a chance to listen to the band's first physical release upstairs in Plugd on Saturday evening but also the golden opportunity to get their hands on a limited number of the white vinyl records on the night in question too a whole nine days before the EP receives its official release in Ireland and the UK. It's a record store day miracle! Before then, bassist Ruairi Dale fills us in on his own take on this increasingly divisive of days.

I am particularly excited for this Record Store Day as this year we have our own 10" EP to showcase and we're having a listening party in Plugd at 6.30pm. I've never been so proud of my work as I am of this EP and the fact that the artwork (Sunless) and record are beautiful is the cherry on top. We just received the finished article on Thursday so we'll have a few on sale if people are interested.

I have "frequented" record stores since I was half the age I am now. My first haunt was in a shopping centre in Carrigaline (Music Zone, which has since moved to Douglas Village and as of late has become an outlet for fine vinyl reissues) and it was always a highlight of my day/week/what you will. I can't claim that my early purchases were particularly inspired (remember the rock n’ punk hits of 2001?) but I worked my way through the mire to find music that resonated with me a bit longer. In fact, it was in that very shop that I found what I like most about record shops and what I think has been lost in the digital age – staff that get to know your tastes and use that insight to direct you towards something you might not have heard before. Ray from Music Zone turned me on to many a great band by taking the time to strike up a conversation with me and going out of his way to stock albums that I might like. I believe my obsession with fuzzy guitars may have started with him… in short, the 'Similar Artists' tab on Last FM has yet to outdo the human touch.

I personally believe that while Record Store Day is a wonderful initiative that benefits musicians and shops alike, it has become a bit clouded by reissue culture in recent times – I understand that even One Direction are getting in on the action this year with the issue of a 7" picture disc for the Man Who Has Everything. All humorous asides aside, anything that promotes purchase over piracy is a plus in my book and there are many new and exclusive releases to be found on RSD (albeit in explicitly-stated limited quantities, ranking up the competition factor a touch too much for my liking). All will be fine as long as you remember that old adage: "a record isn't just for Record Store Day…".


Official Website -- Facebook -- Bandcamp -- Twitter
- Elastic Sleep host a listening party in Cork's Plugd Records on Record Store Day
- The event is FREE entry and begins at 6.30pm with a chance to purchase a copy of the EP before its official release