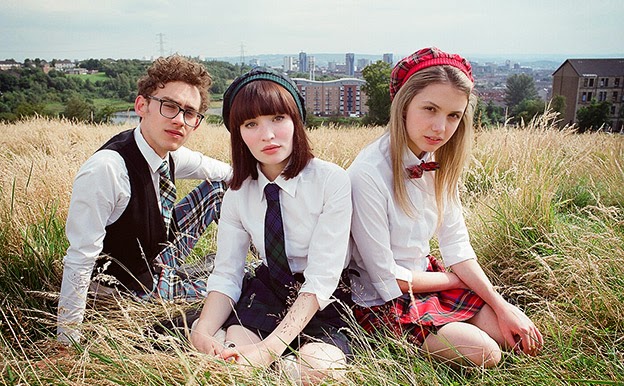 From pop-up record shops and novelty album releases to impromptu house gigs and innovative festivals, the music world continues to reinvent itself in myriad of creative ways. The indie film landscape is digging similar ground these days with the idea of live screenings by form of satellite starting to reinvigorate the traditional screening format, the idea being to reignite the spark of "special-ness" that may have been lost on the average movie-goer over the years.


Stuart Murdoch of Belle & Sebastian's directorial début is the latest film to open in such a way. God Help The Girl, "a delicious pop musical, a refreshingly uncynical celebration of youth and dreamers" starring Emily Browning, Olly Alexander and Hannah Murray, will screen simultaneously across at least 16 cinemas across Ireland and the U.K. on 16th August to be followed by a live show by Murdoch (who also happens to have written the script and the original score)'s best buds, also beamed into the various viewing halls on that same evening. Triskel (Cork), IFI and Lighthouse (Dublin) will screen the film. See www.godhelpthegirl.com for the updated list.


For more on God Help The Girl visit: