End of the Road (Thursday) 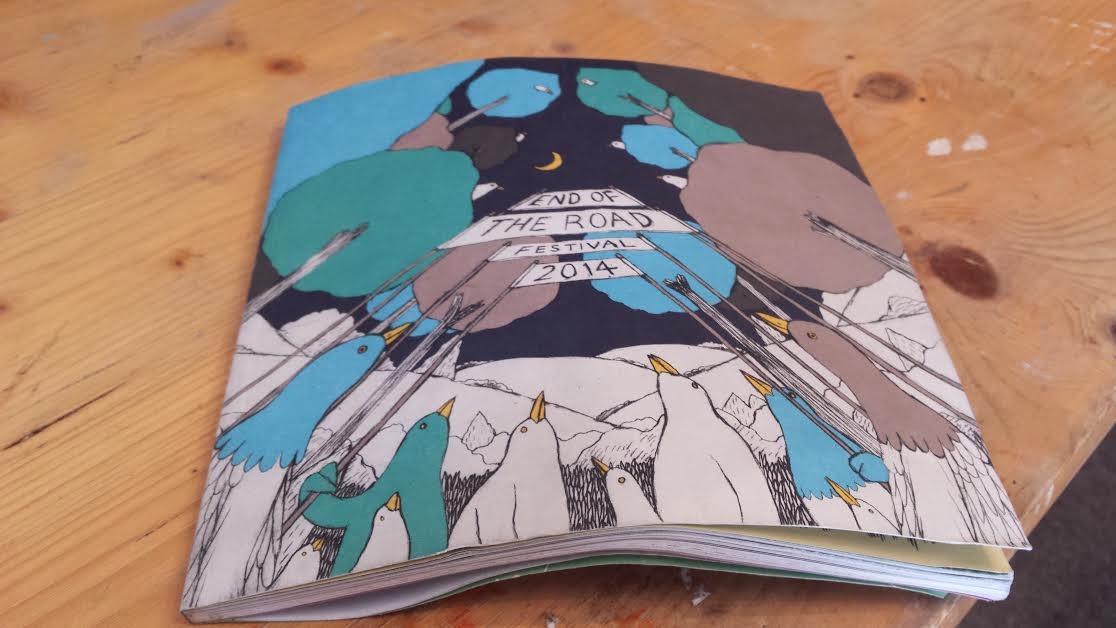 The beginning of the End...

Officially, the End of the Road festivities didn't commence until LEGOLAND: The Movie illuminated the Cinema tent to hundreds of enthralled young (and not so fresh-faced) grins at 9.50am this morning. For those travelling from further afield, it was more like Wednesday evening when reawakened rucksacks were hastily packed before grabbing a late train to Dublin in preparation for a 6am flight to Bristol the following morning.

Music-wise, early arrivals are traditionally treated to three or four surprise slots in the Tipi Tent on the Thursday evening. By the time the miles were manoeuvred, the bags were hauled and the tents erected, a reminder of why our merry little crew was here in the first place was called for. Tape-cutting duties fell to Speak Galactic, a British trio selected to source the psych. Cosmic trips and some funky bass-lines were on hand but the scene just wasn't suitable. Try a sweaty little tent at 1am rather than a quiet, carpeted and seated tipi and these guys will have it heaving.

The first pleasant surprise of the weekend (for one so regularly full of surprises) award goes to AK DK, a synth-rock duo, also from Brighton. Dan Deacon fans take note, this 8-bit two-piece make a lot of noise with music hailing from interests "we used to get beat-up in school for", i.e. lots of 8-bit blips and beats. Two men, two drum-kits, lots of synths, lots of happy End of the Roaders. A big hit with a still sleepy crowd.

Following a wander about the beautiful Larmer Tree Gardens and several trips to Rough Trade's perennial pop-up shop (trust me, there'll be many more), it was back to the Tipi, the sole stage open for business on the first (or zero-th?) night. Cheatahs' assortment of shoe-gaze and alt-rock didn't click. Good players, tight band with a buzz about them but following the buzzy, bippy AK-DK were a tough act to follow.

Ezra Furman rounded off the evening, providing a snippet of what fans can expect when the Illinois songwriter sets foot on the more illustrious Garden Stage later this afternoon. Upbeat fun-laden sax-rock was on show in the Tipi. Well at least it seemed that was the case, the tent being so full that late veggie-cheese-burger-munchin', Funky Monkey-guzzlin' arrivals had to settle for merely loitering outside, like a vulture waiting to pick off a free spot whenever the moment presented itself. It didn't.


For more on End of the Road visit: