WATCH: Be Here To Love Me 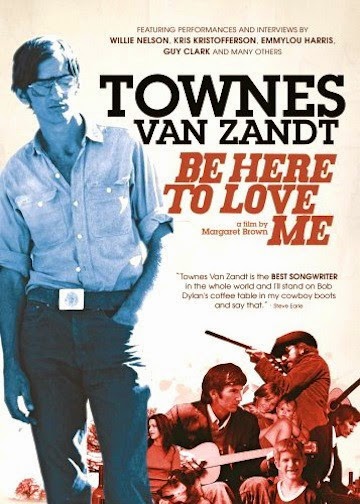 One of the greatest songwriters to ever rise from (and then return to) the dirt, Townes Van Zandt is responsible for some of the most remarkable songs in country history. He was also a man plagued with many demons which are displayed in full throughout Be Here To Love Me: A Film About Townes Van Zandt, Margaret Brown's 2004 documentary. Struggling to cope with the pains of physical illness, depression and alcoholism whilst simultaneously searching for the perfect song, Brown's film lays out Townes' pained reality in all its horror and the splendour. This isn't a review or a critique (well I'd be almost a decade late if it was), more a highlighting of a fascinating - if tough to watch at times - record of a complicated soul. If you have 90 minutes and have always felt you have a little country in your heart, make sure to watch this.


"I figure there's heaven, purgatory, hell and the blues. I'm trying to crawl up from the blues."
Townes Van Zandt