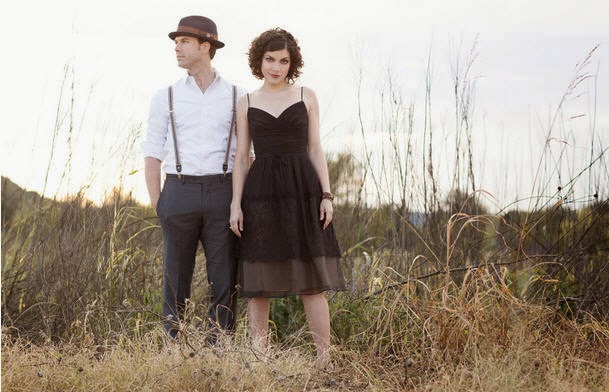 Shooting the breeze with Rodriquez...

A warm, quick-to-laugh sort, Texan songwriter and fiddle player Carrie Rodriguez is currently relaxing on a welcomed day off in an Edinburgh hotel room having just played five shows in Italy, including three on the country’s most famous Island.

“That was our first time seeing Sicily, one of the most beautiful places that I have ever been”, muses the Austin native. “We swam in the Mediterranean it was that warm, ate amazing food and met so many sweet people. After that we played a Townes Van Zandt festival in the north of Italy, maybe the only Townes festival there is! It takes place in Figino Serenza and the whole town comes out even if they have never heard of Townes to celebrate his music. Afterward there is a dinner prepared by the old ladies in the town for about 100 people. It was a chaotic, wonderful, strange and very Italian night.”

A Berklee College of Music graduate, the prolific songwriter and much sought-after violinist has accompanied country greats like John Prine and Lucinda Williams. It took Rodriguez, however, time to find her own voice or even realise she had one; Alongside encouragement from legendary songwriter Chip Taylor (Angel in the Morning, Wild Thing) asking Carrie to join his band following a chance meeting at a music festival.

“Pretty soon he set up a mic in front of me and asked me to sing some harmonies. I’d never sung a note before! I didn't think I had any kind of voice to listen to and was focused on being a fiddle player. I started singing little-by-little before Chip asked me to sing a duet with him so I guess he felt there was something good there and started writing for us. Six months later we were recording a record and all of a sudden I found myself writing and singing. I spent my whole life learning how to play violin and suddenly there I am learning how to sing before recording an album. If I hadn't met Chip I don't know if I’d have found my voice. He had to push me. I remember the first time on stage knowing I had to sing, my knees were knocking I was so nervous, kind of like a nightmare where you are running about with no clothes on. Eventually the nerves simmer down and you come to enjoy it.”

Classically trained Rodriguez has forever felt musical connections. “I did grow up with music all around me. My dad [folk-singer David Rodriguez] sang songs all the time when I was little and gave me Leonard Cohen albums from a very young age. We had a great record collection.”
Home being Austin, Texas the self-proclaimed “live music capital of the world”, it was no wonder the Americana song-maker formed the path she did. “Growing up in Austin, maybe similar to Ireland, there’s so much live music all over town with talented players. It was only when I left and moved to Boston that I realised how special Austin is as I thought the whole country was like that. It's a great place to grow up but it's also great to go out and see the world.” 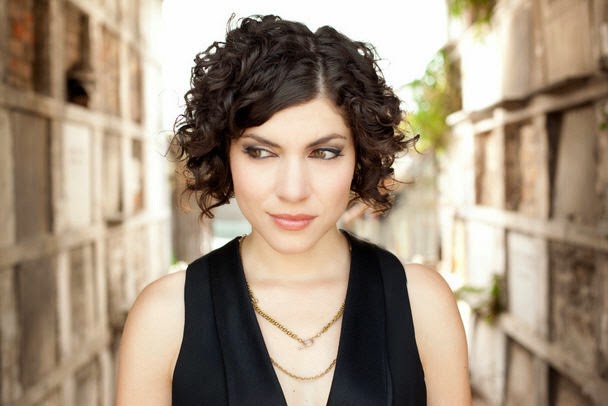 Speaking of Ireland and our shared penchant for a sing-song, Carrie forwards on a homemade video filmed during their recent Italian excursion. “I noticed the Italians are much like the people of Ireland in terms of loving to sing together and at the end of dinner people were getting up to sing. Ben Glover sang Molly Malone and the old ladies who cooked the dinner - who don't speak English - came out in their aprons and sung their lungs out. They didn't know what they were singing but it didn't matter. I remember that about touring Ireland, feeling that everyone was musical- whether they were singing along or clapping. You could feel the musicality in the room.”

A room sure to be emanating such will be Kilworth’s Village Arts Centre when Carrie and Luke Jacobs (pedal-steel player and long-time musical partner) visit in just over a week’s time. What makes them fit?

“We've travelled 20,000 miles together so it's something that’s built naturally. You can get in a room and rehearse with someone before playing a show but playing concert after concert together... something that happens musically that you can't get any other way where you just know what the other person is thinking and feeling and you can respond to that. As a duo I love that we have this freedom on stage that you don't have when you have bass and drums as we can stop on a dime, bring a song to a whisper and then build it back up without any discussion so it keeps it exciting for us every night.”


For more on Carrie Rodriguez visit: