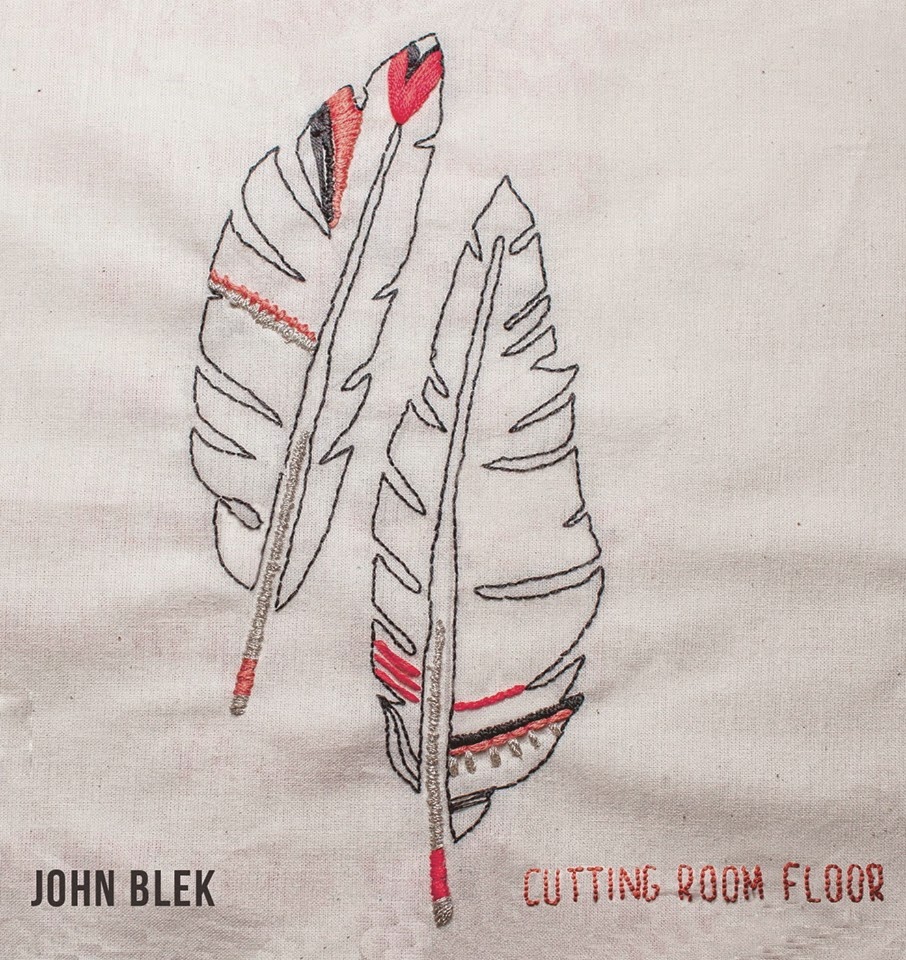 John Blek takes us through the Cutting Room Floor...

John Blek of John Blek & The Rats plays a special The G-Man presents... by Candlelight Session in Wexford's The Sky & The Ground on Tuesday evening (2nd December) as part of an upcoming Irish tour to promote new record Cutting Room Floor, available from Friday, 28th November.

Before that, John guides readers through all nine tracks on his first solo album streaming exclusively below.


1. Kathleen
"A song I had written years ago that I thought had a little more to offer so I reworked it a little to fit the sound of the album and my thoughts on the subject matter. About a loved one having to leave and eventually having enough and giving up on the situation."

2. Portland, Oregon
"This one was born out of a conversation I had with my girlfriend about places she might like to live in the future. Neither of us have ever been to Portland but she tells me it's a design hot spot (that's her thing) and many of my favourite acts come from there. Bands like Richmond Fontaine, The Low Anthem and now Vickesh Kapour. Seemed as though it deserved a mention on the record."

3. Hold Your Horses
"Another oldie that got a makeover. A lot of songs or bits of songs I had written years ago have some really nice turns of phrase or just a simpler more straight forward style of communicating. It's easy for me these days to get caught up in themes or a certain type of language so it's refreshing to revisit the more innocent numbers. The title makes me laugh a little also. Kinda like a warning your mother would give you before rushing out the door."

4. My Protector
"A song to address the sadness that can be underlying with a lot of us. The new epidemic."

5. I'm Still Here
"A melodramatic story of a useless man left in house on his own for few days. It's a companion piece to the final song on the Rats album, 'The Barman, the Barfly & Me'. Another lonesome drinking song. Story of my life in a sense!"

6. Mrs Black & Blue Eyes
"This was written a long time ago and reworked recently. The all too common story of domestic abuse and the difficulty people have in speaking out."

7. Brother O'Brother
"The story of the perfect son and the degenerate son and the lack of understanding of those who chose to plough their own furrow and do things a little differently."

8. Valerie
"I've recently come to think of this song as the sequel to Mrs Black & Blue Eyes. Both written around the same time. It looks at the story of Valerie (Mrs Black & Blue Eyes) who leaves an abusive relationship but told from the perspective of her abusive partner who is too self righteous
to acknowledge his mistakes."

9. My Heart Lead Me Astray
"The last song was actually released on the very first Rats EP. I think we only did about 200 copies of it so I thought this one could do with another airing. A simple song about following your heart when often the head is wiser and having to suffer the consequences."


Cutting Room Floor by John Blek will be released on 28th November. Watch the video for 'Portland, Oregon' below.

For more on John Blek visit: