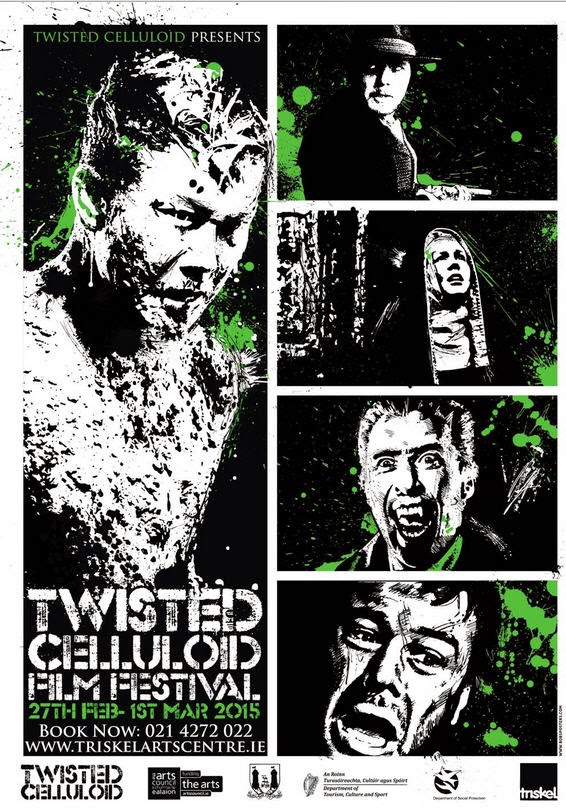 February frights with TC in Cork...

I started programming Twisted Celluloid in October 2011 with Halloween screenings of George A. Romero's Dawn Of The Dead, Dario Argento's Suspiria, and a surprise midnight movie (which turned out to be a preview of Lucky McKee's The Woman). It was an amazing night, mixing bonafide classics that few had seen on the big screen with a preview of one of the most startlingly and downright brilliant modern horror films. Since then, Twisted Celluloid has gone on to host several events – we've done single screenings, double features, a Jean Rollin weekend, a late-night strand at the Cork Film Festival, and last but certainly not least, our very own festival.

Now in its third year, the Twisted Celluloid Film Festival runs from Friday 27th February until Sunday 1st March. It begins with The Town That Dreaded Sundown, which is not simply a straight-forward updating of an old movie but an imaginative meta-cinema film. This is the remake of the 1976 film which was based on a true story of a serial killer who terrorised a small town. The new version incorporates the true story, footage from the original movie, and even actors portraying the filmmakers of the original film who meet the main characters trying to solve the killings! It's a real mind bender with strong sense of suspense. Another highlight is The Badger Game, which depicts a kidnapping plot that goes disastrously wrong which is nicely played thanks to plausible characters and a nice streak of bloody black comedy (plus with winning performances from Augie Duke and Jillian Leigh). The Canal is an Irish ghost story which sustains a genuinely unsettling sense of macabre atmosphere thanks to director Ivan Kavanagh.


We are also delighted to have a special guest this year! Alice Lowe has appeared in such television series as Garth Marenghi's Darkplace, Snuff Box and Sherlock, as well as features films Hot Fuzz, Locke and (most recently at Triskel) Electricity. She will be introducing her gothic short film Solitudo as well as a late addition to the programme – a late night screening of Ben Wheatley's violent black comedy Sightseers! Alice co-wrote and stars (with Steve Oran) in Sightseers so we are delighted to have her present the film in person. 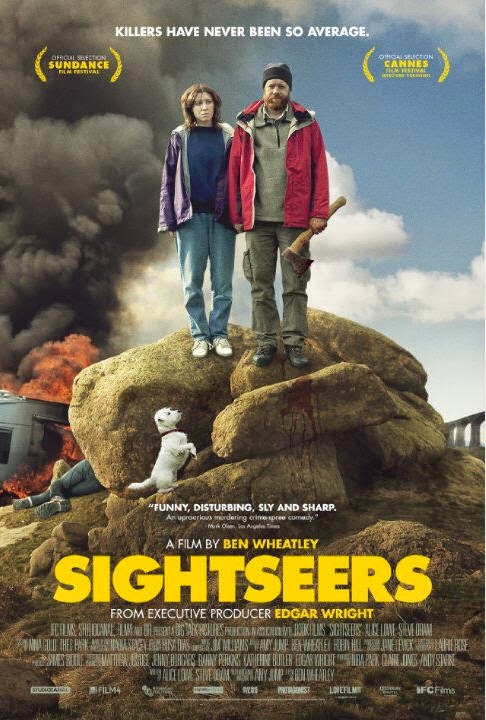 It's interesting to watch films from the past that were considered terrifying back in their day. Not just to see what was shocking for the time, but because many of these films have aged to be laughable, tame or quint now. With the best Hammer films - and I consider the two films we are screening, The Curse Of Frankenstein and The Horror Of Dracula, to be amongst their best - the visual effects may not be as upsetting as they were sixty years ago, they still contain an incredibly creepy gothic atmosphere. And this gothic atmosphere is intensified by the films being screened in Triskel Christchurch! Both films were made by the same director (Terence Fisher) and two main cast members (Peter Cushing and Christopher Lee), such filmmakers and actors always gave their best and that is still clearly evident today. As well as these horror classics, we also present another very different film from the 1950s. Plan 9 From Outer Space may be considered one of the worst films of all time, and yes, it is often unintentionally funny and inept but the director Ed Wood was so passionate and believed in what he was doing, I'd sooner see one of his movies than many a soulless, formed-by-committee formulaic blockbuster (Tim Burton made the biopic Ed Wood with Johnny Depp as the filmmaker).

There are many other fine films, such as the Hong Kong horror story Rigor Mortis, the supernatural western Blood Moon and the unusual love story Spring, in the line-up this year. Check out the website for full details.

For more on Triskel Film visit: