Posted by The G-Man on February 06, 2015
Gordon and Arlene of AP speak...
January’s cold and ice may have frozen most folk to their couches for now, but Alliance Promotions duo Arlene Murray and Gordon O’Keefe are busy firing up all sorts of molten musical concoctions for another year on the live gigging circuit. Originally founded “for the fun of it”, the Cork-based events organisation is approaching 2015 meaning big business with a number of new year shows announced already. If further confirmation of their intentions are required, the twosome were scheduled in for a professional photoshoot in arts haven Camden Palace (and sadly since sold) after this chat to help raise the profile of Alliance Promotions. Before propelling forward it’s nice to peek back. Fortunately, founding father Gordon is happy to oblige.

“About eight years ago, I began with Punkabista putting on mostly punk gigs in Fred Zeppelins and other venues around town. As time went by different types of bands began to contact me and I decided to change the name to Alliance, to bring everyone together. At the beginning I ran gigs for the fun of it. Then as time went on, I began to take it more seriously and wanted to promote underground bands as best I could, and introduce them to more people in the circuit and get their names out there.”

And with that jump in gravity came the arrival of Gordon’s partner-in-chime, who had been busy forging her own path elsewhere. “Going back a good few years ago I was playing with a band mostly in Cork, Dublin and Limerick”, tells Arlene. “I became friends with a lot of people in bands, particularly in Dublin. I was lucky to work for Reekus Records for a time, and met a lot of very cool people. Gordon is a good friend so we decided to work together on a couple of gigs, bringing down a lot of Dublin bands to introduce them to the Cork scene.” 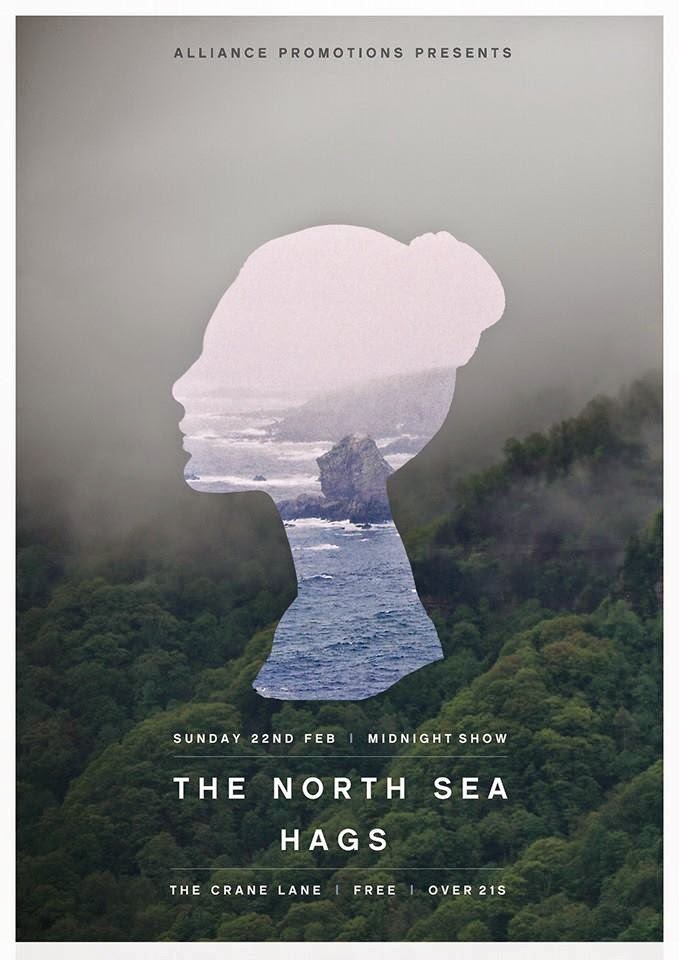 Having gravitated away from its purely punk roots, the AP umbrella now encompasses an eclectic mix of musicians but with such an abundance of options out there, it’s not just good bands that need to be found but suitable ones. Arlene explains the selection process. “I don't think there's a certain fit when it comes to Alliance. The beauty about our situation is that we're not strictly tied down to a criteria. Gordy and I would have different tastes in music, but when there's a band we both really enjoy, we make every effort to try and bring them in for a gig”.

Wholeheartedly agreeing with Arlene, Gordon roves on to recap the past year with a number of his own personal highlights. “We started off 2014 with a bang and had Girl Band (who recently signed to the famous Rough Trade Records label) play a smashing headline gig in Crane Lane Theatre. There was an amazing crowd there that night and definitely one of the best gigs I'd seen in a long time. Towards the end of 2014 we worked with The Hive Emerging gallery in Waterford City. Combining art and music, we had the pleasure of working with Kenny Morris (Siouxie & The Banshees) on his first art exhibition in 20 years. On the closing night, Kenny and friends played an amazing set of music, which was extremely enjoyable. Heartwarming stuff indeed.”

While most munched on mince-pies mid-holidays, Gordon and Arlene were busy plotting future forays and both are eager to share what awaits on the Alliance Promotions calendar.
“On 22nd February we have Dublin lads The North Sea, kicking off their Irish tour in Crane Lane with a midnight show. Local noise-pop merchants Hags, who we’ve had a lot of fun gigs with in the past, will be supporting. Then on Saturday 21st March we have another Dublin crowd playing, Exploding Eyes, again in the Crane with support from local art-rockers Partisan Crowds. The first time we saw Partisan Crowds, our jaws dropped to the floor we were so impressed! We're also finalising details on a gig with The Northern Drones, Sex Beasts and Dijon Babes in the beautiful Triskel Arts Centre. All Dublin-based bands, all superb.”

Gordon and Arlene have a certain vision of what way they would like the world to view Alliance Promotions. Concluding our chat, the two verbally illustrate this almost in unison.  “It's important to us that people know that we try our best to support bands, inside and outside of Cork. We know it can be tough for people to make it to gigs, but we do try and make our nights as affordable and as worthwhile as possible. We're looking forward to what 2015 holds for us and wish all promoters in Cork a very successful year and that we can all pull together to put Cork on the live music map.”

The above article featured in the 5th February edition of Cork's Evening Echo.

For more on Alliance Promotions visit: