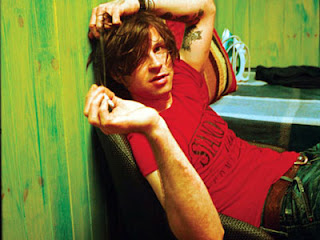 Ryan Adams takes to the Cork Opera House stage later tonight, opening the curtain on what is the first big gig of 2015 on Leeside. The mercurial songwriter made the blog's top 10 albums of the year with Ryan Adams, proving that there are still quite a few songs left in the former Whiskeytown singer yet. This one's been sold out for quite some time.


The week doesn't let up there with the Forte Festival throwing open its doors on Thursday evening for four days of classical music in various venues across the city. For a day-by-day breakdown see the official festival site www.fortefestival.ie. Tip: Mother Jones' Flea Market on Friday night for Justin Grounds and Conrad Good.

There's an album launch for Inni-K in Coughlan's on Friday evening also with the Irish multi-instrumentalist's The King Has Two Horse's Ears out that same day on Green Willow Records and an even more intimate show for Dylan Tighe & Brian Mooney who play Plugd Records that same night following a recent location change, having originally scheduled for Sirius Arts Centre.

Noise-nuts Meltybrains? team up with Kashkao for a welcome return to Triskel TDC on the Saturday evening while earlier that night it's a big welcome to northern-based alternative music mag The Thin Air who launch in Cork with the help of Hope Is Noise, The Vincent(s) and Johnny Rep in The Crane Lane Theatre. That leaves plenty of Sunday chill-out time in  Gulpd Café for International Women's Day celebrations with Elaine Howley, Roz Steer, Sadhbh O'Flynn, Aisling O'Riordan and more.