Girl Band and The Altered Hours 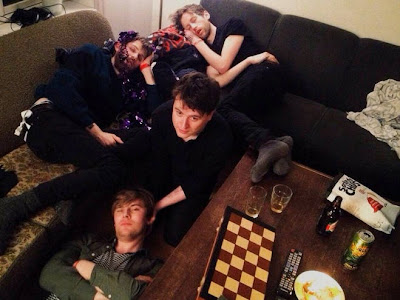 As we wait patiently for two of Ireland's most promising new bands to launch their début records, at least we can bask in the idea of seeing both share a stage in October when Girl Band and The Altered Hours combine to celebrate local independent promoters Southern Hospitality Board's 1st birthday in the newly opened The Pav (formerly The Pavilion). The former will have an album out on Rough Trade Records at that stage and will be three dates into a whirlwind European tour. To read an extract from a chat I head with guitarist Alan Duggan for Cork's Evening Echo last year, click here.