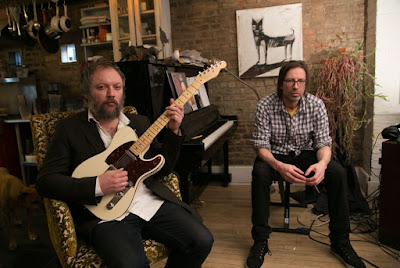 The first The G-Man presents... gig of 2015 will feature Ken Griffin of Rollerskate Skinny acclaim and New York pianist John Rauchenberger, who bring their August Wells collaboration to Cork for the very first time. With an appearance on RTE's flagship music show Other Voices to be broadcast later in the summer and an Electric Picnic performance booked for September, this might prove to be a rare chance to see August Wells up close and personal. Those new to the duo, feast your ears on the baritoned beauty that is 'Here In The Wild'.

The intimate sitting room surroundings of Coughlan's of Douglas Street is the place and Friday, 11th September is the time. Tickets are €10 and on sale now over on PROC.