Interview: This Is The Kit 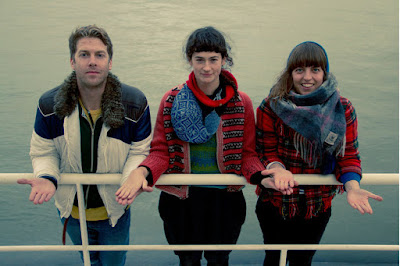 "When it comes to touring they're absolute tolerant ninjas"
Kate Stables

Ahead of a couple of Cork dates at this weekend's Sounds From A Safe Harbour, The G-Man chats with This Is The Kit...

The maiden voyage of Cork's Sounds From a Safe Harbour festival takes place this weekend with a whole host of international artists such as Amiina, Sam Amidon and Aaron Dessner teaming up with national treasures The Gloaming, This Is How We Fly and more for the Bryce Dessner-curated extravaganza. Having played a couple of The G-Man presents... shows in 2013 and 2014, This Is The Kit return to Cork for a couple of shows including opening for the aforementioned Aaron Dessner and Lisa Hannigan in Cork Opera House on Friday night before playing The Bodega as part of the music trail on Saturday evening (5pm).


I spoke with TITK's Kate Stables ahead of their double date down south.

The G-Man: All of the This Is The Kit bios read as “Kate Stables’ band”, or “Kate Stables’ musical project” but, having got to know you guys over the past couple of years, This Is The Kit more seems to me like a lovely little family. Is the intention to always keep it so?
Kate Stables: Well, I guess I'm always going to be playing music with people I like and who are my friends so yes my intention is always to play music with people who I enjoy playing with. What Neil, Rozi, Jamie and Jesse bring to the live shows and recordings is a really important part of the sound of This Is The Kit. It's insane that they're all up for being in my band. Shockers!

Not to mention the fact that when it comes to touring they're absolute tolerant ninjas. Conditions can often be pretty rough and there's not much comfort and from time to time no food or bed to sleep in. And all that combined with horribly long drives. It's pretty rare to find such good sports, talented musicians and close friends all rolled into one . I feel pretty goddamn lucky.

But the family does stretch a bit further than that also. There's my French band who are all amazing musicians and who bring a lot to the music also. It's important for me to be able to play shows and work on stuff with a lot of different people. That's how you learn and grow. And then there's the friends who just join in occasionally when we're passing through their hometown or whatever. A lot of people pass in and out and join in. I guess that's why people find it easier to refer to the project as "being the project of Kate Stables".

How do you think this closeness affects the music both live and on record?
Lord knows! I guess it mainly makes it fun. Or really awkward? I've absolutely no idea! I guess there's no real way of doing a control test. Playing music is always different with whoever you play with even if you've done it a million times before. As for live, we all know each other pretty well now so we know to be patient with tough touring or stressful situations. But there's also always more ways in which you can get to know people and playing/working on music together is a really good way of doing that. You meet people in a different way. You get to know people better in a different way.

Rozi Plain is an integral member of the TITK touring band and has a wonderful new album, Friend, out this year too. What is it like to have another songwriter both in the live band and as a touring buddy?
Well, all of the other band members are actually songwriters and have their own musical projects. It's great as they all have their own different styles and approaches and so can all bring excellent input into the arrangements and ways we play the songs.

Famously recorded with Aaron Dessner, the new album is really beautiful. Has working so closely with members of The National helped bring This Is The Kit to a wider audience?
I guess so yes!

The intensity of the recording studio brings a lot to the fore. What did you learn about yourself or the band during the recording of Bashed Out?
Crikey - what didn't I learn! Interesting stuff about group dynamics, personality, chemistry, diplomacy. It's always a pleasure to watch people at work and see how well they deal with situations and people. Lovely interactions. Very interesting. But also it's the sort of stuff you learn a bit more of every time you make an album. Or every time you take part in a creative project with more than one person involved.

Kate, are you aware that only you could write a beautiful, warm song about Nits?
I don't believe it for a second! Plus it's not entirely about nits and not entirely warm. Some parts of that song are positively frosty.


What games/activities do you guys play in the car to keep yourselves amused on the road?
Ah ha! I'm so glad you asked! Neil is our resident board game expert so there's usually some good game action at some point on tour. Even if it's usually less often than we hope for. We used to bring the game Carcasonne on tour with us but these days we just play it on one of our phones during journeys and the proper real life board game that we bring to play on a table is King of Tokyo. It's just such an excellent game! 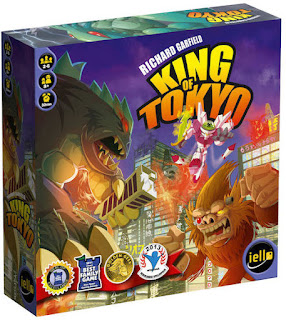 I've also recently discovered a great roman dice game called Legion. It's a bit like Pass the Pigs, which is also totally great. We also usually have a set of Travel Scrabble in the car too. And we've recently discovered that Settlers of Catane is available for iphone so we've been playing that a bit recently too.

We seem to be blessed to have This Is The Kit visit us so many times in the past 18 months. What Irish tour memories - not necessarily music related - stand out for you?
Mainly just all the beautiful outdoor places and beauty spots we've had the chance to visit. We were lucky enough to be offered a really lovely place to stay after our Cork show we did last winter. We met a lovely person called Ruth and when she heard we had nowhere to stay the following night, she lent us the keys to her family's beautiful holiday cottage in Baltimore. It was like a brilliant band mini winter holiday retreat. And on the way there we stopped off in Ballydehob which is where Rozi used to go every year on holiday with her family.

We always try and fit in as many field trip as possible whenever we come to Ireland. Blimey and there was the time this summer that we came and did a gig in Mitchelstown Cave! So many excellent memories.

I finally got around to reading F. Scott FitzGerald’s masterpiece The Great Gatsby recently. If you were to live one day as a character from a classic book, who would it be and what would you get up to for the day?
Aha! Good question... If i was feeling serious then probably George Emerson from Room With a View. Then I could climb trees and walk home in thunder storms and silently brood. But for more of a jolly time maybe J out of Three Men in a Boat and got rowing up the Thames with my pals getting into jolly scrapes. Or I'd be quaint Irene from EF Benson's Mapp and Lucia, smoking a pipe and living on the beach and painting outrageous pictures and making loud indiscreet comments.
The list goes on....

You and Rozi took hijacked Green Man radio recently. What were some of the songs you played and why do you love them so?
Well I think we played a lot friends' music. I like getting the chance to play French bands to UK listeners. And I also love a bit of spoken word so there was a bit from The Hobbit and an excellent poem by our friend Alabaster Deplume. There was quite a lot of inquiry about a track called Waio Manman by a band called Sages Comme Des Sauvages. It's a total tune.

Hell, here's the Green Man track-list just in case anyone's interested:
Back to Cork this weekend for two shows at Sounds From a Safe Harbour, both above ground. I must admit I was a bit on edge when the drums kicked in with all those stalactites and stalagmites hanging about!
It was just so so wonderful to be playing in a cave. The sound was beautiful. The stalactites held up marvellously! A friend of mine actually has a record of this guy who tuned a load of stalactites and then built a kind of machine hooked up to a keyboard so he could play tunes on the actual stalactites. Apparently it sounds like a big xylophone. But yes, it was such a privilege and pleasure to play in Mitchelstown Cave. I hope it's the first of many more cave gigs!

If you get a chance to check out the other acts, to whom will you pop along?
Definitely Sam Amidon. What a brilliant performer and singer and story teller and great guy. He'd be my top tip I reckon. But there's just so much happening, I need to get hold of the programme and properly work out the logistics of getting to all the shows I want to see!

For more on This Is The Kit visit:

- This Is The Kit play Cork Opera House on Friday (18th Sept) and The Bodega, Saturday (19th) as part of Sounds From A Safe Harbour
- For the full details visit soundsfromasafeharbour.com