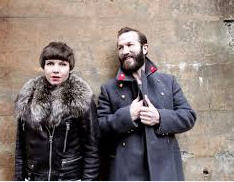 Where to start and where to end, when to break and when to bend? All questions to be mulled over whilst simultaneously developing chronic carpal muscle syndrome due to overly enthusiastic jazz hands. "The Jazz" is simply too big a beast to handle in a single preview so make sure to check out the Friday-Sunday running orders posted yesterday. A few personal recommendations are to keep an eye on  pretty much everything planned by Plugd this weekend (see here for a rundown), GoGo Penguin in Triskel (Sunday) and Booka Brass Band in Cork Opera House late on Saturday night. Whatever your plan of action, ensure to round off a stellar weekend with a visit to The Bodega for Get The Blessing, jazz powered by Portishead's rhythm section (if you didn't catch them in Crane Lane Sunday of course!).


If I have forgotten a show or listed a gig incorrectly feel free to let me know! Please make sure to confirm gig details with the official site in advance.
Coming in 2015: