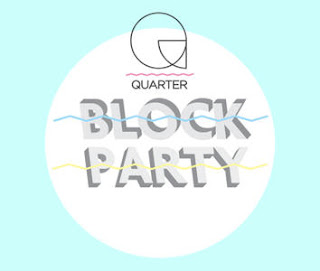 Lowdown on QBP '16...
The year may still have three weeks to run but Monday night was all about the new calendar year - more specifically February 5th-7th - as Quarter Block Party revealed details behind the programme for their second year on the block. Taking place across multiple venues on Cork's North and South Main Streets, the second edition of QBP16 will feature The Spook of the Thirteenth Lock performing Lockout for the first time outside of Dublin, the growling grunge of Bitch Falcon, blues-folk courtesy of Wexford brothers Basciville, the howling hardcore of Horse, the bass-tones of Chicago-based singer Daniel Knox and so much more.

There will also be plenty of performance pieces, workshops, art installations, talks and much more. Keep tabs on the official Quarter Block Party website to stay up to date. Press play on the player below to listen to playlist  featuring some of the artists involved in 2016.

- Quarter Block Party takes place in Cork from 5th-7th February 2016
- Tickets are priced €35/40 and are on sale now over on www.quarterblockparty.com