Exclusive: Ancestor by The Bonk 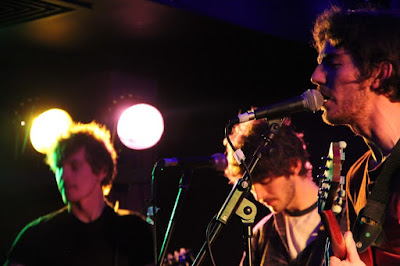 Less than two months after blowing some minds on the low trees stage at QBP16, The Bonk unveil 'Ancestor', a romper-stomper slice of psych-rush. From its howling harpoon and squealing guitars, 'Ancestor' confirms that Cork has itself a new, bloody exciting rock band. Ancestor is out 30th March but until then, exclusively available to stream using the player below.


For more on The Bonk visit: