Trio of new albums from Cork 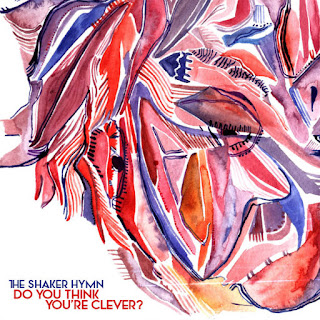 Spring is always a good time for a bagful of new album releases with three big ones either out or on the way in Cork. Here's a quick reminder of what's here already or on the way later in April.

What? Songs For The Walking Wounded
Who? The Frank & Walters
When? 15th April
Where? http://www.frankandwalters.net
Why? Leeside legends The Frank and Walters have slowly been unveiling snippets of their upcoming record with two singles out already and a preview of a track featuring Cillian Murphy on spoken-word duties at a press launch last Friday. Intelligent pop tunes are hard to come by these days. The Franks are still popping them out with ease. The official launch takes place in Cork Opera House on 15th with support from Rubyhorse.

What? Do You Think You're Clever?
Who? The Shaker Hymn
When? Now
Where? theshakerhymn.bandcamp.com
Why? Cork indie foursome The Shaker Hymn have been playing together since they were teenagers and the follow up to debut record Rascal's Antique is bigger, bolder and full of all sorts of fuzzy sounds. Album closer The Age Of Reason reaches for the epic, featuring a whole host of voices recognizable from singing on records around Cork including The Altered Hours' Elaine Howley.

What? Resolute
Who? Carried By Waves
When? 22nd April
Where? carriedbywaves.bandcamp.com
Why? Not only because Carried By Waves have disappeared down a hole for the past few years, but because there are not many mixing organic sounds and electronic blips quite like CBW's Ronan McCann. Expect word of an official launch gig.