Exclusive: Limit of Our Sight by Ealadha 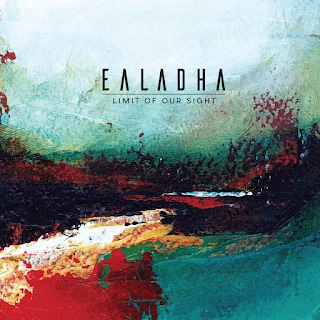 Released by Cork-based independent label Inner Chapter, Limit of Our Sight is the debut EP from Dom Murphy, Cormac Shanley and Peter Crudge, a.k.a. Ealadha (pronounced - "Awe-la") featuring four tracks of dreamy, almost ethereal post-rock. Singer and guitarist Dom Murphy wrote some words on the origins of each track on the EP exclusively for the blog:


1. Hurricanes
Hurricanes became the opening track for our EP as it showcases the sound we have been developing, melding elements of rock, post-rock, ambient and metal together. It was written around the time of the horrific attacks in Paris and this has had a definite influence on the theme. The lyric “We are hurricanes” laments how people possess extraordinary powers to overcome nightmarish scenarios and be defiant against all odds. The track really begins to ramp up towards the end once the band begins to fire on all cylinders. Dom


2. Heart of Mercury
The title for the track Heart of Mercury is based on a chemical reaction in which mercury begins to oscillate similar to a beating heart. A heart which just happens to be toxic. At its core it has a driving riff and drumbeat and a sinister vocoder that eventually gives way to a monster riff. It's unquestionably our most extreme song to date and paves the way for our future sound. Dom


3. Dive
Dive was the first song we recorded as a band and got noticed by the legendary Dan Hegarty of 2FM. This tune alone provided us with confidence that we had found our sound and that we were truly headed in the right direction. It's a deeply personal song that relates to how I felt when my mother nearly passed away some time back but it can relate to many different scenarios that feel surreal. Dom


4. Souls
The final track, Souls, deals with the subject of depression and how it's a beast that can inhibit and consume a person's potential, and ultimately stop them from being themselves. It's pretty atmospheric and we experimented with a variety of weird sound effects like waves, trees swaying and even trains moving, all nestled under a bed of meandering piano. The piano eventually gives way to a repeated lyric that reinforces hope and light. Dom

Limit of Our Sight is available later today on bandcamp.


Stream the EP in its entirety below.


For more on Ealadha visit: