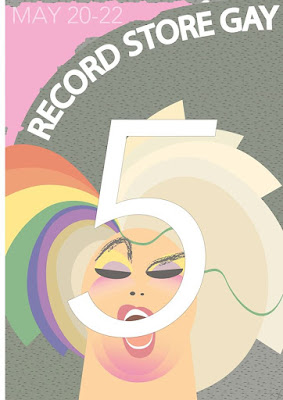 From Kildare Street to Phoenix Park...

...the weekend of 20th-22nd May is all about continuing the annual celebration of diversity through music. For the past four and a bit years, a whole selection of Irish bands, singers and performers have gathered to compile a collection of covers, with the results eventually released to Bandcamp. This year will be no different with contributions from Cal Folger Day, catscars, Ewa Gigon, I ♡ The Monster Hero, Patrick Kelleher and more. To officially launch the album, there will be performances on Friday, at Little Gem Records (Kildare street), and Saturday on the bandstand at Phoenix Park. Proceeds from the album will be in support of Abortion Rights Campaign.


The line-up for the live shows lies below:


Listen below to 'Open Your Heart' by Colour Canyon, my favourite song that featured on the 2015 compilation.