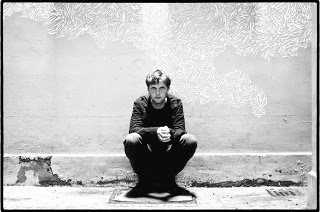 Dutch-English musician and visual artist Richard Bolhuis' House of Cosy Cushions played a G-Man presents... session on a stormy winter's night in 2014 (recap here). Continuously morphing and rearranging, HOCC have since welcomed the tender vocals of Carol Anne McGowan, formerly of Hidden Highways, into their ranks. Just to See the Light Shine is a live recording of a new song featuring the new band member and can be viewed using the player below.


Always the creator, a preview of Richard's latest visual work - The Mythology of Insanity - has been captured by film-maker Bouke Mekel and is available to view below. House of Cosy Cushions will feature at Dutch winter arts festival Explore the North, based in the beautiful historic city of Leeuwarden, with both a Work in progress installation and a live performance.