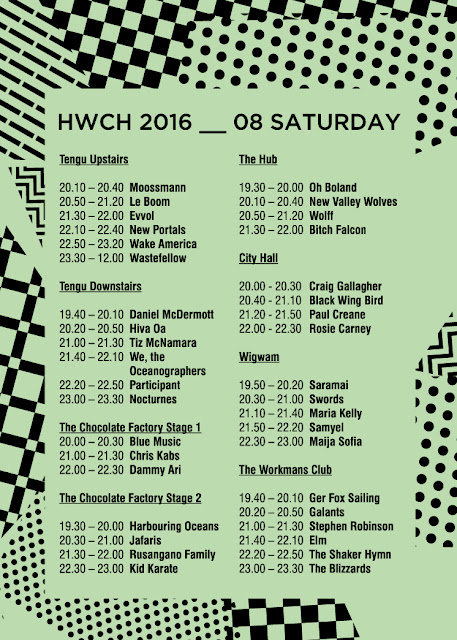 Heroes on the last stretch...

Ireland's flagship new music and industry showcase Hard Working Class Heroes culminates in a Saturday climax following three days of sessions, talks and conventions in the capital since Thursday. You don't need anyone to tell you how good Rusangano Family are going to be (or maybe you do. Very good is how good they will be) but below are a few more to check out. Convention critters - check out the full list of workshops/panel discussions here.

Who? Bitch Falcon
Where? The Hub
When? 9.30pm-10pm
Why? Because Bitch Falcon rock and riff like no other new band on the scene in Ireland currently.


Who? Paul Creane
Where? City Hall
When? 9.20pm-9.50pm
Why? Two-time international songwriting finalist Paul Creane has just overseen the soundtrack for indie cinema darling Staid which also featured the Wexford songwriter in a prominent onscreen role.


Who? Swords
Where? Wigwam
When? 8.30pm-9pm
Why? Worth it to catch the wonderfully named, catchy-as-hell Betty Machete.

- Weekend Tickets €45, Nightly Tickets €20, Individual Venue Tickets €10, except for Tengu and the Chocolate Factory which have two stages - €12.50.