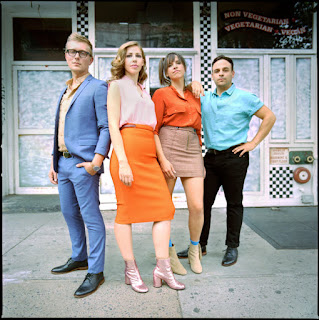 
As comfortable with country and rock as they are swinging with jazz and soul, Lake Street Dive's sound is defined by one constant: the titanic voice of their Tennesse singer, Rachael Price. Following a spring cameo at Ballydehob's Jazz Festival, city slickers will have the chance to see the genre-defying quartet boom through their colourful back catalogue, including tracks from this year's Motown leaning Billboard smash, 'Side Pony'.*

Although the focus is mostly on film this week, it's another seven days of sessions down south as local, national and international bands continue to come to Cork. That's not to say it's not possible to blend both with the audio visual centrepiece of this year's Film Festival staged on the altar of St. Fin Barre's Cathedral. With electronics from Eat My Noise, organ by John O'Brien and David Mathúna in charge of visuals, fLux provide a "reimagining of the original organ at St Fin Barre's Cathedral in a unique and never-before-seen way." Preview takes place early Thursday with an extra concert taking place that night and two repeats on Friday.