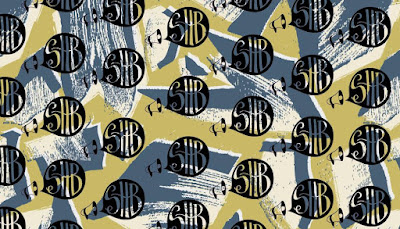 "We don’t know how not to work together."

Southern Hospitality Board are going on holidays...
As announced last week, independent concert promoters Aisling O'Riordan and Caoilian Sherlock - aka Southern Hospitality Board - are checking out of the gig game for a finite period of time. Rest and reflection are the primary reasons for the DIY duo taking a backstep away from the bookings but that doesn't mean they'll be staying quiet. I caught up with both to fill in the details.


So you guys are taking a break. How did the decision come about?
Aisling: We both went on holidays in November, I went to Utrecht and Caoilian went to LA. I think both of our time away gave us some clear thinking space and when we met up for a catch up it was a really clear decision to make. We've put on a lot of shows this year. They've all been great but some were less attended than others. It put us both into a bit of a funk that we didn't chat about together but we both came to the same conclusion separately (we have a habit of doing that).

What are the major challenges facing independent DIY promoters in Cork?
A: Lack of venues to start. It’s certainly not to diminish the great rooms that we have but audiences are gagging for new places to make their own. Going into new rooms and venues is amazing but a lot of work goes into that too which brings the cost up of putting on a show up. We're still missing that 400 capacity Pavilion-sized room that you can do a standing gig in. I really don't think a massive events centre is the answer; a well run, fair 400-600 capacity venue is.

We also find it hard to convince agents outside of Ireland to let us bring acts to Cork. We spend a lot of time and email writing to convince agents that there is an audience here that wants to go see music. After a while you get a bit fed up of these 'proving your city' emails. Caoilian: It’s a boring answer but a population with expendable income who are interested in the alternative. I’ve never understood how we have such a huge student population in Cork that seem so excited about getting absolutely locked on Washington Street. I would like to see more happening in the colleges and on UCC campus in general. There was some great people running the music societies a few years back and that spawned a real spike in the music scene in Cork.

What practical, realistic changes could be made that would make life easier to put on gigs in future?
C: This is a really big question. First of all, artists are the biggest supporter of other artists. Musicians and artists in Cork need space to make work. To write and to make noise. The more music we have the more music there is to support and to be inspired by. So this is very important. It’s a case of there being many cogs. Local bands are far more likely to pull crowds than the average touring band. The fees are often more reasonable and there are no overheads - bars and venues would be much quicker to book local or at least Irish acts and expect to make the money back on the bar. So by making spaces for musicians to work we can actively encourage a night time economy in Cork.

If I’m being really blunt, I think there are a lot of provisions made for certain bars and clubs in Cork that mainly aim to sell a shit tonne of booze, play shit club music and send everyone onto the street to throw pint  glasses about. That’s dramatic but I’d like to see some provisions given to venues in Cork that book original music and artists. Something that encourages the living culture in the city. Cuts in rates or licences - something tangible to assist venues.And as I said, if we weren’t knocking down all of the art spaces in the city that would really help. This sounds boring too but, like for example - there’s talk of Facebook offices coming to Cork, right? Why would you come to Cork to work here if there’s fuck all going on. Just Kurt Cobain murals everywhere.

To clarify, this is definitely just a break. You'll be back, right?
A: Most certainly. Myself and Caoilian have known each other for ten years, in that time we've played in original and cover bands, work in The Pavilion together, helped found Quarter Block Party as well as Southern Hospitality Board. It doesn't seem possible for us to not work on stuff together. We've both worked really hard this year on SHB and loads of other projects and we both need a little time to collect ourselves and get those energy levels back up. If we don't then we won’t enjoying what we're doing. It’s the reason we started this and we certainly don't want to lose our excited manic energy. The reason we made the announcement is so that people will understand why.
C: We’ve already been offered shows since we announced this break, that are VERY tempting. Personally I have found myself putting my own music on the back burner too often this year and I really want to change that. As Ais said though - we don’t know how not to work together.

How much more special/emotional will this make Sudden Club Weekender?
A: I think all of our gigs are special to be honest. Each one has provided me with a moment(s) of joy and clarity and warmth. The Sudden Weekender will be like that but with the added bonus of having all our friends playing music (even Caoilian gets to have a go!)

What have been your highlights from the past 2 1/2 years?
A: There have been so so many - the first gig we did with God Knows and mynameisJohn (now Rusangano Family) at the point where we realised we had made €50 profit, seeing Girl Band nearly shake down the TDC and The Pav. Dancing my arse off to MNDSGN the day of the Marriage Equality vote - he kept djing after his set and there was a point where he dropped Alright by Kendrick Lamar and I looked around at all my friends and saw something in their eyes which felt that just maybe the Yes vote may have won. Bringing our absolute hero Peanut Butter Wolf to Cyprus Avenue. Seeing our friends and heroes The Altered Hours re-open a venue to launch their album. Seeing a crowd of 40 people sing along to I Will Always Love You in the Everyman Bar with the Sing Along Social... I could go on because there is a favourite moment for me in every single show.

C: Bringing Girl Band back to The Pav was really great. It was obvious that the place wasn’t working in it’s second life and it was a real confidence boost for us that we could go back into that room and sell out a show despite the way the venue was going. Rozi Plain in Ballydehob was my favourite show probably. We did a lovely show in Connolly's of Leap during the summer and it didn’t sell amazingly but it was a great showcase of our favourite acts and it felt sort of like a pilgrimage in a away.

It may be next year or in ten years time but when SHB does return, who would you like to promote a gig for?
A: Beyoncé, always. Oh and Happyness, Mac DeMarco, Walter TV and Homeshake. All on the same bill preferably.
C: I’d like to see this “Event Centre” open with The Altered Hours and Chance The Rapper on the opening night. We’ve emailed a lot about La Luz and it just never worked out. One day. Maybe.

How do you plan to make the most of your stress-free time off?
A: Ha, what's stress free? From now 'til February we'll be working hard on Quarter Block Party. I also work in Cork Opera House full/part time. I will make loads more music with Morning Veils and beyond that. Caoilian also juggles a million different freelance projects as well as The Shaker Hymn, his solo project and Djing.  I'm sure we'll drink loads of coffee and talk about loads more mad ideas.

For more on Southern Hospitality Board visit: