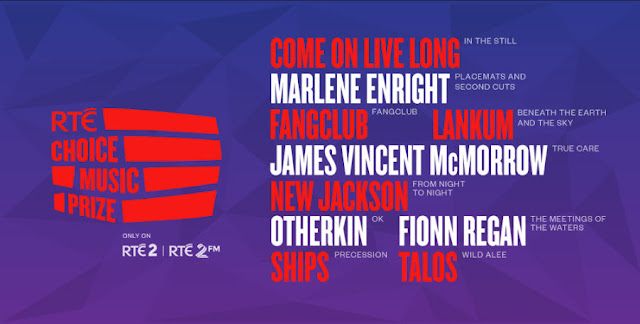 Today the RTÉ Choice Music Prize shortlist was revealed, featuring Cork's own Marlene Enright and Talos who form one fifth of the overall collection. Joining the Cork artists are SHIPS, Fionn Regan, New Jackson, Fangclub, Come On Live Long, Otherkin, James Vincent McMorrow and my own personal tip to take the crown, Lankum. Claimed in 2016 by Rusangano Family for their Let The Dead Bury The Dead record, the 2017 victor will be announced at the live awards ceremony at Vicar Street on Thursday 8th March.