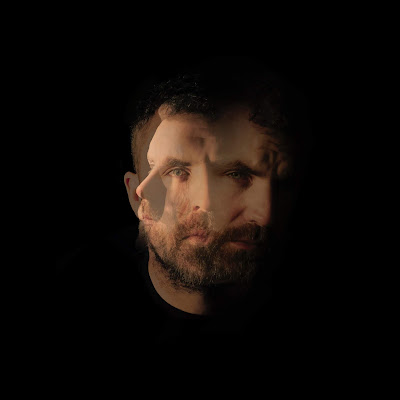 The G-Man speaks to County Cork singer-songwriter Mick Flannery ahead of the release of his sixth studio record, Mick Flannery.

An award-winning, double-platinum selling artist, Mick Flannery is celebrating the premiere run of a hugely successful adaptation of his début concept record, Evening Train, into a musical as part of Cork Midsummer Festival 2019. Forever keeping busy, Flannery now turns his attention to the release of Mick Flannery, the Blarney man’s sixth studio album.

The G-Man: Whereabouts are you are at the moment and how are you feeling? What is it like to be home in Cork for an extended period of time?
Mick Flannery: I’m in my car looking at a sandwich wondering if my heart will withstand the exercise class I signed up for later on. I left Berlin around 5 years ago and have been living in County Clare since then. It’s been nice to spend time in Cork and catch up with people, head to old haunts for a while. I miss Cork, I was lucky to have grown up there.

The first run of Evening Train in The Everyman has gone down a storm. What plans/ambitions are there to tour elsewhere?
There are ambitions but no specific plans as yet. I’m a newbie in the theatre world and am still learning the ropes and ways. Hopefully it won’t be too long before there’s another run of shows.

What were your thoughts/reaction when Ursula Rani Sarma first got in touch with you?
I can hardly recall exactly, it’s been so long ago. I think Ursula and I had a similar interest in darkness that helped us work well together. I’m very grateful to her for bringing the album to this new place.

The initial lighting up of the poker scene behind the glass was extremely impactful. What was going through your head when you first saw that happen?
I’ve been told it’s a pretty cool moment alright. I’ve never really seen it, I was always playing piano when that was happening, and the light is different from that angle. I’ll hopefully get to see it one day, I’m working on getting myself out of the band so that I can see the show.

What does the success of the show mean to your further ambitions? Does it expand them, open up new roads?
I’ll certainly think about doing another one, a different style maybe but this has at least opened up the possibility of more sad musicals from me.

Am I right in saying I heard 'How High' at the end? Was the song written specifically for the musical and if so, was it a difficult decision to introduce a non-Evening Train song into the mix?
There are three songs from other albums including How High in the show, and another song called Rising Tide newly written for the show. There’s also a song called Old Old Dream by Karrie, my aunt, which opens the second act. I was a bit reluctant at first to include newer songs of mine from other albums, but I saw how it worked in the end and was happy to go along with it.

The new single is another collaboration. What led you to look for a collaborator?
I’ve done a number of co-writing sessions over the last few years with varying degrees of success. I’ve gotten less shy about the process and have started to enjoy them and be more open to new ideas.

What was the most difficult part of such an "office-type" writing session? On the flip, what was the most liberating/rewarding part?
ESCQ are the guys in question for this song. Their studio was at the back of their house. They were very easy-going friendly guys, not afraid of a chorus unlike myself. They leant me in to having a chorus that people might like to actually sing along with, and in the end, I was glad they did, I find the track to be a bit of fun.

Come Find Me manages to be both very you but also a subtle step in a different direction, with a very Scandinavian feel to the music. In what ways were you hoping to evolve your sound and songs for the latest release?
I had no specific plans or hopes really, I tend to take it as it comes. Though my sister says that I ought to think about winning an Oscar. So that kind of puts it up to me.

What bands or non-music influences have taken you in a different direction recently?
My girlfriend subjects me to a lot of Drake’s music which I’ve grown to like. I generally don’t listen to a lot of music of my own volition, mostly podcasts or audiobooks. Blindboy’s podcast is one I listen to all the time.

A sixth studio album is on the way. Was the Everyman show a good way to take the mind off the release?
It was but not by design really, things just fell that way.

Why the decision to use an eponymous title for your sixth studio record?
I’ve used mostly song titles for album titles for the last few goes. This one was going to be called “Wasteland” after the first track, but Hozier got there before me, so I just struck it off. I didn’t fancy the other song titles as album titles.

No longer being linked to EMI/Universal, is there more time for you to actually enjoy releasing a new album without the various pressures, expectations etc.?
I never really felt too much pressure or expectation from the companies, but it feels good to own my own music this time around for sure.

You headed out on tour of the U.S.A. in January. What was most memorable from that tour?
Hanging around chatting and listening to Jeffrey Martin sing his set was a great time. He’s a true gentleman and a great talent.

Following the Opera House show in September, are you planning to head back to the States?
I will hopefully do so yes, I know there are plans I just can’t recall them at the moment.


For more on Mick Flannery visit:

- Mick Flannery is available now from all record shops