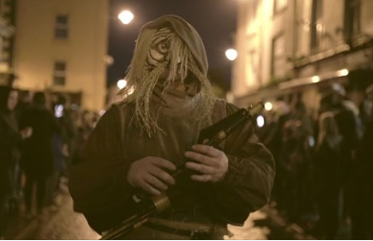 Samhain for the soul...

As followers of the site will be already very much aware, I am a huge fan of music show This Ain't No Disco. Season two of the Donal Dineen-presented and Myles O'Reilly-documented series is split into four quarters, themed individually on "the four Gaelic seasonal festivals, Samhain, Imbolc, Bealtaine and Lughnasa."

For those who were entranced by episode 1's magical footage of the Geata Arts Samhain parade, O'Reilly has made extended footage available, accompanied by none other than Kíla.


- Become a patron of This Ain't No Disco over on www.patreon.com
- All episodes available via thisaintnodisco.ie