Exclusive Stream : Hope Is Noise - This Used To Be A Laugh 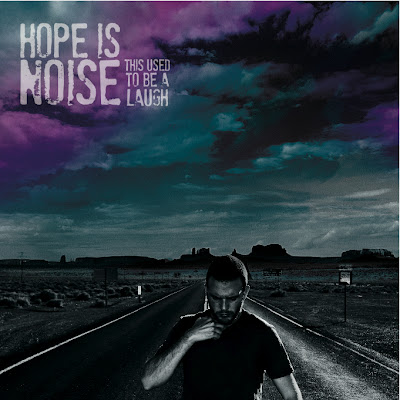 Like the old adage goes "when it rains it pours" and Cork is currently swimming in a pool of pristine new musical releases. Rock heavyweights Hope Is Noise continue that trend on March 16th when the frenetic foursome return with their third studio album - This Used To Be A Laugh.

Recorded last year in Cork/Bantry with Lawrence White, produced by Noel Lynch and mastered by Dan Coutant at Sun Audio, the six song audio bombshell is dropped from on high with explosive effect.

From the wrecking ball opener that is 'Das Ich', the nightmarish aviation experience - from foreboding take-off to horrific crash landing - of instrumental composition 'Altitude Sickness', and the pulsating bass blast of 'Spitz Du' This Used To Be A Laugh is certainly high octane stuff leaving the listener little chance to suck in air. What sets Hope Is Noise apart from most heavy alternative bands is their subtle ability to wrap a pop song around a rock anthem (or vice versa), case-in-point 'All Love And Nothing' and 'Official Party Line' with both hook-heavy tunes well capable of standing alone if required as singles. The ears are happy, now I simply can't wait to hear it all live.

And what better way to launch the band's third album - and to celebrate 16 years together - than a mini-festival which will take place in Fred Zeppelin's in March.

Taking place over two nights, a dozen or so bands will play the famous Parliament Street venue with Agitate The Gravel, Dott, Stanton's Grave and Hope Is Noise themselves playing the Friday with DJs spinning some records downstairs. Saturday will see (R)evolution of a Sun, Them Martyrs, I'll Eat your Face and Bissect assault the stage with both nights costing a measly €5 per night.

All proceeds from the weekend will go to Ataxia Ireland so huge kudos should go to all bands involved not to mention Tom and the rest of the Fred's staff.