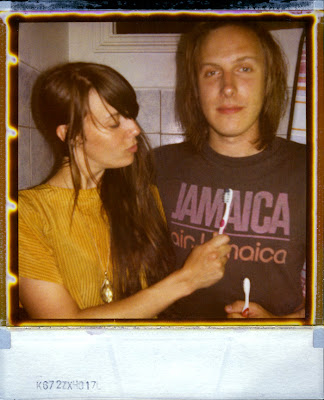 "We have always stayed true to a heart-centred purpose and that gives us peace if it all had to end tomorrow."
As announced earlier this Summer, blistering blues-rock duo She Keeps Bees will visit The Workman's Club on Dublin's Wellington Quay later this month.

The Brooklyn-based twosome of Jessica Larrabee (on bulldozer vocals and ball-breaking guitars) and Andy LaPlant (on bowel-loosening drum duties) have forged a flaming reputation as an incendiary live act over the course of three studio albums, a handful of EPs, countless world tours and 6 years of the music "industry" as a whole and it is this high-energy and enthusiastic approach to all live gigs that should make July 24th a memorable Summer night in the capital.

Jess took some time out of the current hectic tour schedule to chat a little bit about this and more than a bit about that.

Why not use the bandcamp player below to stream the music of She Keeps Bees while reading the below interview with singer Jessica Larrabee?


The G-Man: The big move from Philadelphia to Brooklyn in 2003. Was it sudden or methodically thought out?
Jess: It was both sudden and thought out, maybe not said out loud but the idea had been brewing. I made the decision in July...moved to Brooklyn in August. A week after I moved there, the city suffered a HUGE blackout of electricity and I walked to Brooklyn from SoHo with thousands of other people. Six and half hours later I arrived home to neighbors drinking on the sidewalk with candles.

After the move, was there ever a point in when you thought "shit, what have I done"?
I did say something to that effect after I was robbed a couple of months after getting settled in. They took everything: guitars, amp, computer, even my grandma's jewelry. I had to start all over and save money to buy all my instruments back so I could finally start to play in New York.

If we zoomed back in time to your childhood home, what records would we find lying about the house?
My parents always had the record player on. My dad was a drummer so he was a guiding light and encouraged my musical interests. Oh man: Stevie Wonder, Patti LaBelle, Millie Jackson, Average White Band, Jimi Hendrix, Bob Dylan, Tom Waits, Patti Smith, Chaka Khan, Dixie Dregs, The Fugs, Little Feet, Bonnie Raitt, The Band, Tower of Power, The Meters, Minnie Riperton, Teena Marie, Jefferson Airplane, The Doors, The Pretenders.


One of the albums of the year in my opinion (and many others) is Sharon Van Etten's Tramp with the singer complimentary to say the least about Jess' abilities - "She has one of the best voices I have ever heard and she has more soul in one finger than most female singers have in our scene." What does it mean to hear one of your peers speak so highly of you?
She is a goddess of light and sound - it makes me glow to hear those words. I'm honoured to call her a friend. She is extremely honest in her work, I think that's why people respond to her so deeply. She has a pure heart and it is so needed in these times of "dire beauty", to quote a wonderful astrologer friend, Caroline Casey.


Is there anything regularly written in the press or in bios leading up to gigs that is completely wrong/inaccurate that bugs you?
Ha! I guess we've learned not to get worked up about things in the press. It's hard to gather all the facts while still holding a conversation. Sometimes their own perception of what we say and how we say it can get murky. Time Out New York always prints a blurb that says we are a folk band with a glaze of haunted reverb - whhhat? Are we a dinner roast?!

I was fortunate to catch you live at the English music festival End of the Road in a tiny tent way back in 2009 and loved every second of how primal the set was. How do you feel about playing festivals?
We love it! There really isn't much beauty incorporated into American festivals, or not the ones I've been to. It's like here's a large parking lot with no shade and $8 water and nowhere to wander or explore. The UK festivals we've been to are such fun and you can feel how it energizes the crowd. People feel refreshed and happy to be a part of both nature and art - honouring Venus. 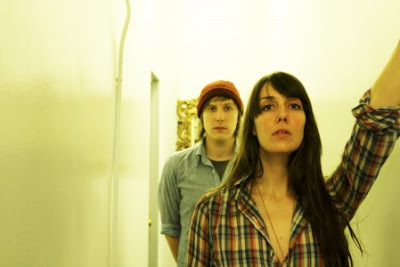 You both give everything in your live shows. How does this affect you on long tours?
Thank you for the kind words. It's hard because there are times when you don't get to see much of a city and you are always on the run but we try to remain grateful. Music is community and it's important for me to stay in a place of service to that community. It feeds us and we want to nourish that relationship.

Any tips on how to keep your voice in good condition when singing your lungs out night after night?
HA!! I should be looking into that because right now I just drink tons of water and try to get good sleep, like grandma. I've been meaning to find some vocal exercises to help me warm up. Any suggestions guys?

How do you feel She Keeps Bees have progressed live since 2009/EOTR?
Andy and I have grown so much together as musicians. I think we really listen to each now more so than ever. It's been beautiful to feel our connection strengthen and have the ability to trust and move while playing. Exciting to dance and use the language of our instruments and our intuition.

Describe your perfect venue.
A place where everyone feels comfortable and there's room to dance if people feel like it - maybe an area with turntables. A separate room to chat and hang out away from the stage just so there is somewhere to go if people don't want to listen. Cheap booze and a laid back, friendly staff. An all ages venue is always a plus in our book.

(Selfishly talking about oneself...) I am starting to promote/organise some gigs as part of a monthly showcase connected with the blog. From a band’s point of view, what do you expect from a promoter of a gig in order to have a successful gig?
I know it can't happen all the time but I think having heart and believing in the bands helps. Of course it's a thankless job and we send you love and strength for doing all that you do. It's important to create space in our lives for meaningful things.

No need for names but what have promoters done in the past that have really pissed you off?
When a promoter only thinks of us as a means to sell alcohol really makes me crazy with devil eyes. When people are uptight and generally not friendly. Sometimes bars in the States make you feel like it's a privilege you even got booked there, so be grateful for the $5 you made tonight and shut up. So bizarre.

A friend of mine loves to take photos of different phone booths when she visits another city/country. Do She Keeps Bees have any similar interests to occupy their minds when on tour?
Yes! Andy is the documentarian. He loves taking pictures and doing field recordings of places. I like to bring my astrology books on tour so if someone shows interest I'll try and read their birth chart. It's fun because it helps me learn more about it when I can share with people all over.

How did the Groove Armada collaboration arise?
Through Names Records in the UK. They liked my vocals on Nests and wanted to see if I was interested in writing some melodies and lyrics, I gave it a shot and they liked it. I used to work at an amazing record shop/cafe/bar called Halcyon in Brooklyn. I was lucky enough to work with some really talented electronic musicians when I frist moved to Brooklyn in 2003. We wrote some songs together and I found I really loved working with dance music so I got excited about the Groove Armada idea.

Is it true you never actually met them?
Yes. We did everything through email. Wild, right?


What kind of feelings did you take away from the collaborative experience?
It was a trip. I didn't realize they would be using my vocal tracks at live shows. To see them perform at Glastonbury made me teary eyed - "look Ma, I helped make that! A sea of people dancing!!" I wish we could have been there.

Buy any good records recently?
Slothrust and Ancient Sky. Both bands we've played with recently and they are both amazing in different ways. I'm really hoping to tour with them both in the fall. The Love Story are one of my favorite bands EVER! Molly [Donahue], the lead singer, has just put out an album under the name Metal Alvin...absolutely stunning; So hauntingly beautiful, intimate and moving.


What is your favourite record store and if so what is it like?
We love record stores and really like to support local business and since we've moved out of Brooklyn back to my hometown in Maryland we like to go to Joe's Record Paradise just outside of Washington DC. Euclid Records in New Orleans is pretty awesome too. 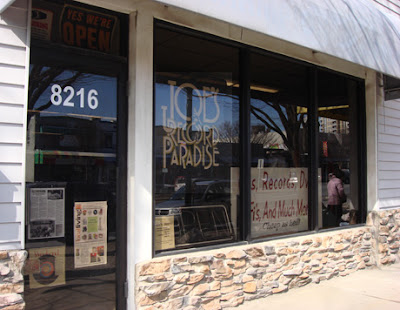 After 6 years, 3 studio albums and several EPs if you had to take stock now how fulfilling has the lifespan of She Keeps Bees been so far?
I'm really proud of us. We have created and pushed and stretched ourselves every year since we started and not many bands can say that with confidence. I think we are growing and learning constantly because we aren't afraid of making mistakes. We have always stayed true to a heart-centred purpose and that gives us peace if it all had to end tomorrow.

What particular part of those 6 years are you most proud of?
Being able to live and work with the freedom of music. Traveling and meeting people from all walks of life and communing with them all through music, even if we don't speak the same language. It is truly beautiful and we're grateful everyday.

Are there any particular milestones you have yet to reach?
A US booking agent. We're doing it ourselves right now and that's ok, but we'd like help one day.

What’s next for She Keeps Bees?
We have a new 7" coming out this July with a new song called 'Counter Charm' and late-night cover of 'Blue Moon'. We recorded over Halloween weekend last year at West Country Girl creperie in Paris with our dear friends Gaspas Claus and Thousand. We are booking ourselves a tour of the US August to October. Perhaps recording a new album in November?

So what do you think of The Altered Hours?
They are super badass! Thank you for introducing this to us. We'd love to play with them. How do we make that happen?!