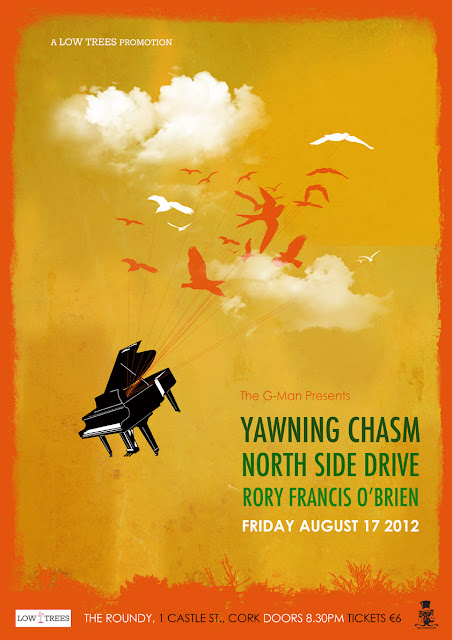 Those silly talented folk over at Pretty Handsome Studios have gone and done it again, whupping up another beautiful poster especially designed for another The G-Man Presents... showcase.

As announced earlier this month, August 17th is the date for the second ever Roundy-housed showcase of extraordinarily talented, musically-gifted folk with next month's gig featuring the collective powers of Yawning Chasm, North Side Drive and Rory Francis O'Brien - see here for more.

Remember The G-Man Presents... Little xs for eyes & The David Nelligan in The Roundy, July 19th is less than a week away!