Posted by The G-Man on August 03, 2012
"Honesty meant what I wanted to present comfortably so now I try to get deeper than that."
“My service here is absolute crap”, a prematurely awoken Joan Wasser sleepily berates the temperamental, crackling phone-line from her apartment in Manhattan. “If I even move an inch the connection goes. You would think living in New York City they would get the service figured out. So...I was saying something about something?” More famously known as the sultry voice and brain behind the not-so-angelic alt-pop compositions released under the moniker Joan As Police Woman, the Connecticut native is eager to get back to Cork.

“I love visiting Cork. It’s one of the most beautiful places ever so when I was offered the show at Liss Ard I did not hesitate. The rehearsals have gone great so it’s going to be wonderful and we are really looking forward to it. I’m doing a couple of weeks with my band which is Parker Kindred on drums and Tyler Wood on keys and bass and they both sing backing vocals. The show in Cork is solo so it will be more of an intimate show. I have been doing a lot of solo shows recently so it should be good.”


There is an undeniable allure to Joan Wasser, something that is blatantly apparent within seconds of chatting with the charismatic New York-based songwriter. Just ask Sheryl Crow, Elton John or the dozens of other world famous stars who have personally requested the singer’s presence on tour over the years. Add to that an unflinching honesty, a trait that features prominently in Wasser’s lyrics.

“I pretty much say what I am feeling, I don’t do a lot of editing. I try to get it all down on a page even if it feels really uncomfortable at the time. I push myself to say it all because I just don’t want to be precious or withholding. I know if I have had that feeling then someone else and many other people have also had it. I just try to get it out there. 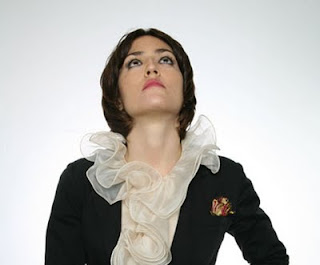 “Music is so basic to a human being. For me often the bulk of a song when writing will be there pretty early and finishing the last 20% is really the work of it as far as my experience goes. Usually most of it is right there, waiting to be discovered. The rest of it takes its time to be found. You know it’s interesting how the concept of honesty has changed throughout my life, learning more about what that means to me. At times I really haven’t been interested in finding out what I really thought and therefore honesty meant what I wanted to present comfortably so now I try to get deeper than that. It really depends on how much you are able to do in the moment. The work involved definitely adds to the importance of a song for me. It’s always about finding a new path in the woods.”


Beginning piano lessons at the tender age of six before progressing to violin at the ancient age of eight, the multi-talented musician seemed destined to perform.

“As a little girl I imagined being on the stage. I was studying dance so I wanted to be a dancer for a long time - even when i was studying violin. It felt like something within the performance world would probably take me. I love performing. Although I was really never afraid to break out of the classical side of things. Actually, I was dying to get the hell out of there. I joined a couple of bands while in school and started touring. It was great!”


Having toured the world with Antony & The Johnsons and Rufus Wainwright, recorded with an eclectic group of artists including Scissor Sisters and Sparklehorse and dated Jeff Buckley up until his untimely death, Wasser lugs around quite an extraordinary suitcase of recollections. If told she had to leave tomorrow, what single memory would be coming with her?

“I recently toured with Lou Reed. It was incredible. I was opening and singing in his band and on the last night when we were singing ‘Sweet Jane’ he changed the words to ‘Sweet Joan’.” Silence. The connection is seemingly gone again before Wasser, after a dramatic exhalation of breath, adds: “Oh god I started crying. That’s what I remember. That’s a good one.”

*An edited version of the above interview appeared in the Downtown supplement of Cork's Evening Echo, Thursday, 2nd August