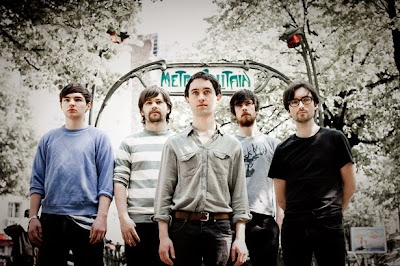 This week in Cork: Villagers, Slugbait, Young Wonder and more...

Let no one tell you the closer we get to Christmas the less options we have for live gigs down south with a whole selection box of options available for music-hungry Corkonians beginning with Conor O'Brien and Villagers in The Savoy, on a Monday would you believe! With second record {Awayland} following in the footsteps of its predecessor by receiving a Mercury nomination, it's been another successful year for the quintet. As far as I know tickets are still available but I would get in there quick if you're intending to pop along later tonight.


Elsewhere Coughlan's host a special Christmas session featuring sets from favourite regulars John Blek, The Hard Ground and more on Wednesday evening while Windings simply cannot get enough of Cork, returning less precisely one week after Friday night's Crane Lane for a De Barra's date on Friday. Youtube sensation Hozier then comes to Cork for a sold-out show in The Pavilion on Saturday evening.

Surprisingly Sunday is choc-a-bloc with options so it's either folk (Niall Connolly in Half Moon Theatre), hard rock (Bradley's of Barrack Street for screamcore fivesome Slugbait's last ever show) or electro-pop (Young Wonder in The Pavilion), whatever floats your boat!

If I have forgotten a show or listed a gig incorrectly feel free to let me know! Please make sure to confirm gig details with the official site in advance.
- For more gigs and dates see the overall gig guide here