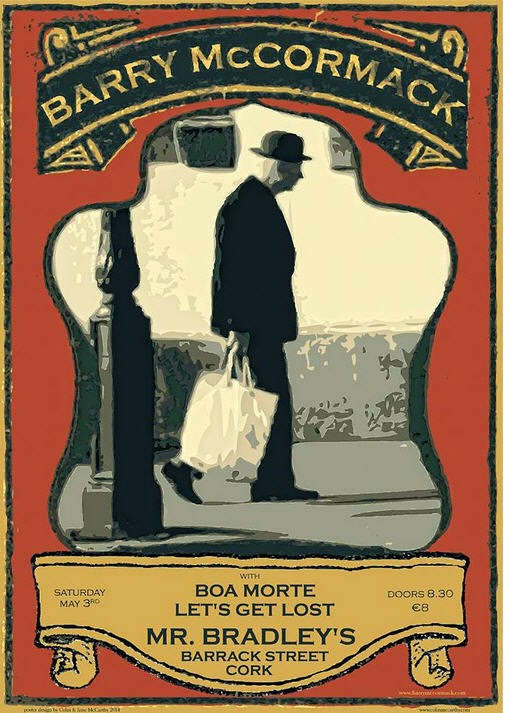 Curse you beautiful Boa Morte and your terrible timing. Possibly my favourite Irish band of all time make a return from the wilderness this Saturday night as special guests for friend Barry McCormack in Bradley's of Barrack Street. The Dublin songwriter recorded and released his fifth studio album Cut Throat Lane in October 2013 which can be streamed over on Soundcloud. Fans of RTÉ's Other Voices take note, Barry featured on the very first series of the long-running Irish music show.

Closer to the heart of the city centre it's a case of alternative festival madness with Southern Gothic returning for another May bank holiday weekend this time spanning out into several venues such as Mutton Lane, Sin É and The Black Dog Saloon as well as returning to spiritual headquarters Crane Lane Theatre. For a full rundown on all of the artists playing this year visit southerngothiccork.com. Brooklyn-based Japanese noise/no-wave trio ZZZs would be top of my must-see list for SG14.

Oh and a certain cereal-lovin' red-head comes to Cork Opera House to wrap it all up on Monday. A bit of a legend? You bet your life she is.


If I have forgotten a show or listed a gig incorrectly feel free to let me know! Please make sure to confirm gig details with the official site in advance.
Upcoming G-Man Presents shows: