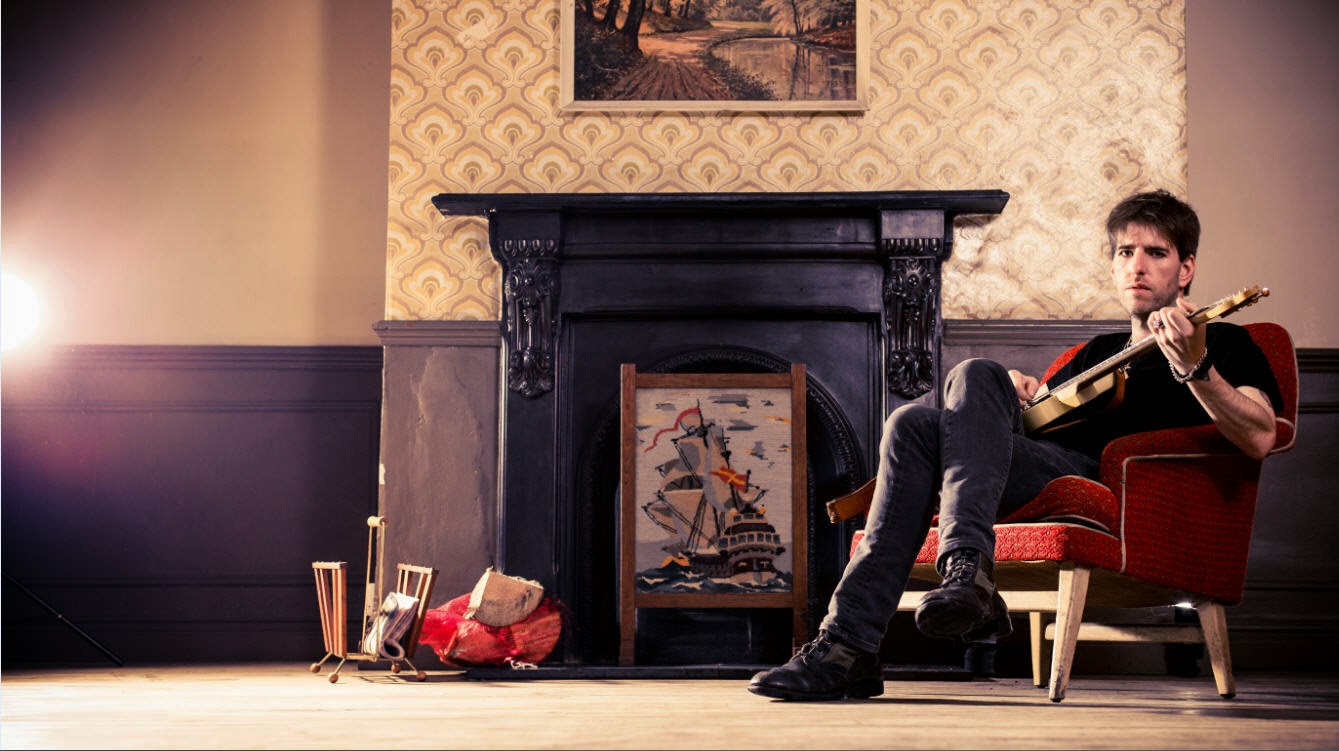 The following article was published in the 19th March 2015 edition of Cork's Evening Echo.

Dark, unflinching accounts of heroin addiction and fractured family life may make up the frayed fabric of his songs, but there is an unmistakable warmth and decency to John Murry. Raised in Tupelo, Mississippi and a second cousin of Nobel prize-winning author William Faulkner, the sharp-as-a-tack southerner is a pleasure to converse with, the transatlantic gap forgotten within minutes of the call connecting. Speaking from his Californian home - “an odd, old property with a barn and stable out in the middle of nowhere” - Murry is currently dismayed by the apathy quickly consuming modern society.

“As my daughter gets a bit older simple things like holding the door for people have become really important to me. Not because someone’s going to acknowledge that the door’s been opened but because it’s more difficult for an older person to open the door. Isn’t that how society is intended to work? We live near each other. We do things together. We even act like a community until it comes to actually helping one another in doing really simple things. Things like sitting at the front of the bus - you move out of the way for someone who is older as you don’t want them to have to walk further to the back of the bus. In California, I just watch people look down at their feet or their phone, anything to keep them from having to engage with what is going on around them, to avoid having to do the right or even the wrong thing, to actually impact reality. I think that’s why there are so many zombie shows. In a philosophical sense culture is dealing with a realisation that there is going to come a time when the reality is we are going to be nothing more than dust. The universe is less than indifferent to our existence so we are not much terribly different to a virus, unless we choose to act as something better than a virus. It seems to me that society is waiting around to die.”

Although the topic of conversation begins intensely, John articulates such thoughts without cynicism; he simply calls things as he sees them. Following several studio releases with long time partner-in-crime Bob Frank in the early ‘00s, it is such sincerity that cast the southern singer into the songwriter limelight when he went solo in 2012. The adoration heaped on the resulting record The Graceless Age (including 5-star reviews from MOJO and The Guardian) means the next release arrives with the heavy weight of expectation. However, having rejected several offers of shows back home that he “really shouldn’t have turned down”, Murry instead decided to call upon old friends to help book an Irish tour where he will showcase songs from the new album - equal parts hurt and rebirth - for the very first time.

“When I am in Ireland I feel more rooted and alive. The first shows we played in Kilkenny we sold out of every CD and the people were so nice to us. Then we went to Sweden and there were only three people there and it was horrible but we thought ‘Never mind, the Irish like us. We’re famous there!’ We should have just kept playing Ireland. I’ve stayed with the same guy every time I’ve visited and the last time I there I was given a skeleton key which I have on my keychain that I carry around everywhere with me. Now I just go in and out and the lady that looks after the house makes sure that I eat. It’s funny how generous all of these people have been to me. I don’t feel like I adopted Ireland, I feel like Ireland kidnapped me. They kidnapped my soul!”

Despite years touring the world it’s clear throughout the conversation that John feels an innate, almost spiritual Irish connection.

“A lot of Mississippians like Ireland - Jerry Lee Lewis got a place in Ireland not too long ago - and I think a lot of the reasons why is every great American outlaw came from there: Billy The Kid, Jesse James. One of the banks that Jesse James robbed in Mississippi was only about 10 miles from where I grew up and the area in general is where a lot of Irish folks settled. When we were over playing some of those traditional folk songs for the first time it was both hilarious and enlightening being corrected afterwards on how the songs are actually played by some of the older Irish people. A lot of the songs are the same but people’s names and places are changed to fit where I’m from so the cultures are not that far removed. I think that’s why Faulkner went to Paris in search of Joyce. I feel at home there.”


For more on John Murry visit: