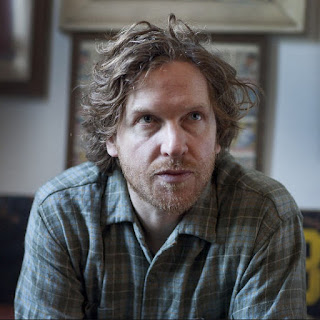 Canadian songwriter Doug Paisley plays a couple of Cork shows this week but will not be city bound, which is becoming a startlingly common occurrence these days due to the amount of choices available out west. Don't let that dishearten you city dwellers though as any excuse for a road trip to either Levis' (tonight, 31st May) or De Barra's (1st June) should be scooped up with open arms.

Those more heavily inclined take note that Friday's eagerly awaited Listener show in Cork Community Print Shop has been moved to Fred Zeppelin's (moved from Print Shop), allegedly due to an impromptu/unexpected/unwanted visit by the fire marshal. Opening for the Missouri trio will be St. Bernard, a new Cork band comprised of members of Terriers, Lamp and Horse.

Sherkin Island says hello to Open Ear Festival, a brand new electronica and experimental music festival set on Sherkin for three days with Spaces, Ordinate, Ellll, Sunken Foal all set to perform over the course of the long weekend.  Tickets are €75 for full camping on the beautiful island. For all the detail, visit openear.ie. Sticking centrally, MacCurtain and Coburg Street are given the soul treatment on 4th and 5th June with The Everyman, Metropole, Sin É and more featuring live music from Karen Underwood and more up and down parts of the oldest parts of Cork. Venue and performer details can be viewed on soulinthecitycork.ie.

Bank holiday Monday belongs to helmeted headcase Bob Log III, who compacts his annual Cork pilgrimage into a solitary day with an early showing in Pine Lodge (Myrtleville) before hightailing it into town for a midnight concert at The Crane Lane Theatre. If ignorant to the world of Bob, best get acquainted real soon.