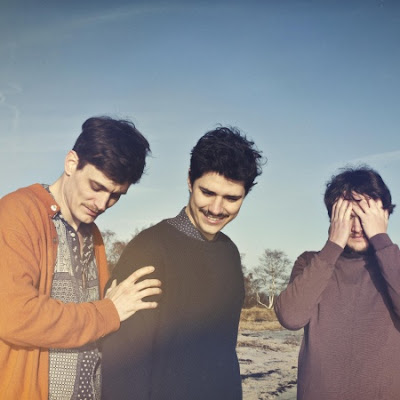 "I wish there was a Cork Opera House in Copenhagen or Berlin!"
The last time Danish dynamos Efterklang visited Cork they pumped The Savoy Theatre full of so many good vibes and swirling melodies that it's a wonder how the Patrick Street venue managed to keep hold of its roof.


One year on and Casper, Mads and Rasmus - complete with Peter Broderick and a 24-piece orchestra in tow - are set to play Cork Opera House, Ireland's most southern city's own theatre of dreams as well as a capital date as part of the Absolut Fringe festival.

Besides the chance to share their incredible brand of organism-meets-machine alternative rock with thousands of people, the reason the trio are back on the touring trail is to promote fourth studio album Piramida.. Influenced by a nine-day audio expedition to an abandoned Russian settlement in Spitsbergen, an Arctic island located just shy of the North Pole and a location home to more polar bears than people, the new record is still a few weeks away from release (September 21st/24th) so lucky Irish fans will be the first northern hemisphere crowds to hear the newly arranged compositions in a live setting (the folks down under just got there ahead of us).

Ahead of the brace of shows, Rasmus Stolberg was kind enough to spare some free time to answer a couple of short questions on the new record, Irish visit etc.

The G-Man: Piramida is on the way. What kind of feelings do you experience before the release of a new record?
Rasmus: We get excited - excited about sharing the music with listeners of the album and also people that will come to our concerts.

Since we last spoke (click here to read 2011 interview) there have been some upheavals within the band. Was it strange going into the studio without Thomas?
Making this album has been new for us in many ways. It was not strange or difficult, but it was new and that was totally alright. We like new things.

The amazing Daníel Bjarnason was involved with arrangements again. What was the idea behind also using other composers?
Most of The Piramida Concert is arranged by Karsten Fundal who we worked with on the scores for Performing Parades. It was lovely to work with him again. We also worked with Missy Mazzoli. We really like her band Victoire and her orchestra works and therefore asked her to be part of this project. She has been a dream to work with. We are very happy about the collaborations.


Describe the process of working with a composer. How do you present your ideas? Do you just give them have free rein etc.?
All the arrangements you hear on our albums are our own arrangements and these often are the starting point for the arrangers. Sometimes they use them a lot and focus on making them playable for the orchestra, other times they change them radically or they come up with brand new ideas. We like this mixture of approaches. We follow the process closely and we have a close collaboration with the arrangers while the scores are being made. 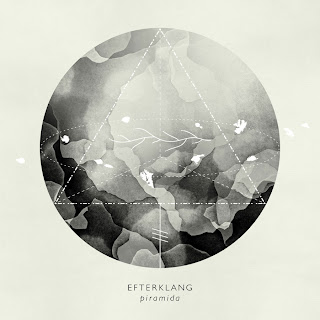 In your own words Piramida is a studio album as opposed to Magic Chairs. What kind of challenges does this present when transitioning to the live stage?
It means we have to figure out how to perform songs that was never played by a band before. And because they are made in the studio there are things that are not possible to play live - so in those cases we have to think a lot on how to pull it off. We like this process, because it forces us to rethink how our live band is set up and how we play live.

As a result, what differences can we expect compared to last year’s performance in The Savoy?
It is darker and it is maybe a bit weirder at times but we feel it is just as powerful and engaging music as the previous. In fact we feel it is a lot more powerful. We are very happy about how the album and The Piramida Concert turned out.

What do you make of the Cork Opera House’s major lift concept, (“a creative engagement with the community locally, nationally and internationally”) with its first outing The Major Lift Orchestra set for Efterklang’s visit next week?
We love it. Cork Opera House is doing wonderful things all the time. I wish there was a Cork Opera House in Copenhagen or Berlin!

Efterklang first played Cork back in 2008 in Cyprus Avenue. What does it mean to visit a foreign city, play a smaller venue, and then be invited back to play such a larger venue?
It is lovely but we try not to think too much about this kind of stuff. As long as we can continue to make music and play it for people then we are happy. It goes up and down in this business. Our ambition and goal is to make music we love - if you start to have ambitions on the size of venues you want to play then it will affect the most important thing - the music.

Do you ever miss playing the smaller venues?
We play in all sorts of venues all the time. Our profile varies from country to country and also between cities in the same country. We often have fantastic concerts in smaller venues - some of the most memorable ones have been in bars in fact.

In saying that, playing Sydney Opera House must have been amazing. What stand-out memories do you have of the gig?
The relief and the party afterwards was epic. We spent so much time thinking and preparing that show. It went better that we could have dreamed of and the relief afterwards was enormous.

This tour will see Efterklang visit some of the most beautiful venues the world has to offer. What locations/concert halls are you most looking forward to and why?
There are so many incredible venues coming up, but none will beat Sydney Opera House. Playing a concert there was surreal. Had anyone told us we would be playing a concert there say 10 years or just 3 years ago then I would have never dared to believe them.


For more on Efterklang visit: